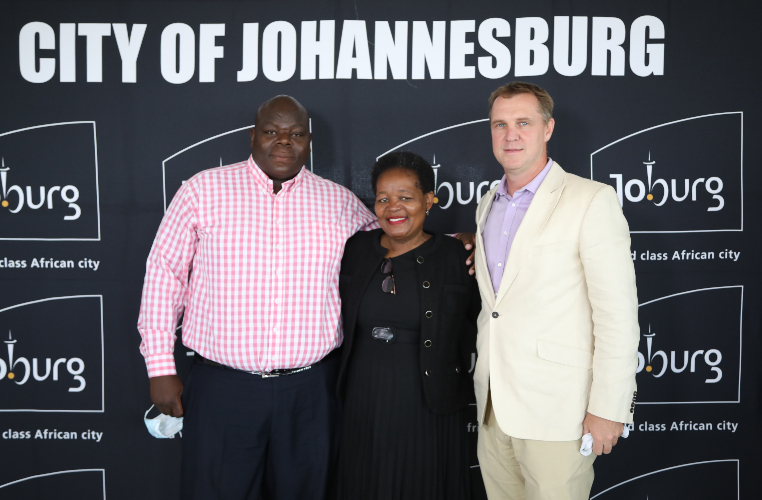 The Joburg Ladies Open has been announced as a co-sanctioned tournament between the Sunshine Ladies Tour and the Ladies European Tour, with a prize fund of €250 000 and set to be played at Soweto Country Club from 3-5 March.

This announcement comes alongside the news that the 2021 Joburg Open will usher in the start of the Sunshine Tour and European Tour’s major summer season in South African golf when the R17.5 million tournament is played at Randpark Golf Club from 25-28 November.

“The Joburg Open has always been an important tournament to the City of Johannesburg because of the role it plays in showcasing the city to an international audience. I am delighted to be able to announce this year’s tournament which, now more than ever, is an important tool in our role as a city to continue to help stimulate the South African economy amidst the COVID-19 recovery,” said Councillor Mpho Moerane, the Executive Mayor of the City of Johannesburg.

“We are delighted to also announce the Joburg Ladies Open at Soweto Country Club. The rebirth of Soweto Country Club and its hosting of a professional tournament of this stature has been a shining example of what golf can do to uplift our community.”

Last November’s Joburg Open, won by Denmark’s Joachim B Hansen, was vital in stimulating the restart of the Sunshine Tour and South African professional golf following the hard lockdown. Hansen’s four rounds in the 60s helped him to a two-shot victory over home favourite Wilco Nienaber.

This will be the 14th edition of a tournament that boasts a strong list of past champions including former Masters winner Charl Schwartzel, PGA Tour winner Branden Grace, and multiple European Tour winners George Coetzee, Richard Sterne and Darren Fichardt.

“We are extremely pleased to announce the Joburg Open as the first tournament on our co-sanctioning schedule at the end of this year,” said Thomas Abt, Commissioner of the Sunshine Tour.

“I’d like to the thank the Mayor and the City of Johannesburg for so graciously supporting us over the past several years. I would also like to pay tribute to the late Councillor Geoff Makhubo, the former Mayor of Johannesburg who sadly passed away. Councillor Makhubo was a very close friend of the Sunshine Tour and one of our greatest supporters who was passionate about seeing the Joburg Open succeed as a major international event for his city. Our thoughts will certainly be with him at this year’s tournament.

“We are also very proud to announce the co-sanctioning of the Joburg Ladies Open with the Sunshine Ladies Tour and Ladies European Tour, and to continue the important work at Soweto Country Club and this golf club’s role in inspiring a whole new generation of golfers.”

Keith Pelley, Chief Executive of the European Tour, said: “The City of Johannesburg has been a loyal partner to a Joburg Open tournament that has played a key role in our longstanding relationship with the Sunshine Tour. I would like to express my sincere thanks and appreciation to the City of Johannesburg, and also our condolences at the passing of Councillor Geoff Makhubo who was such a wonderful friend of this event over many years.”

Alexandra Armas, Chief Executive Officer of the Ladies European Tour, said: “We are delighted to add the Joburg Open to our 2022 schedule. Our sincere thanks to the authorities and the City of Johannesburg for supporting the women’s game. We have a longstanding relationship with the Sunshine Ladies Tour and the addition of a new co-sanctioned event will strengthen our collaboration and will impact positively on participation and interest in the women’s game in South Africa.”