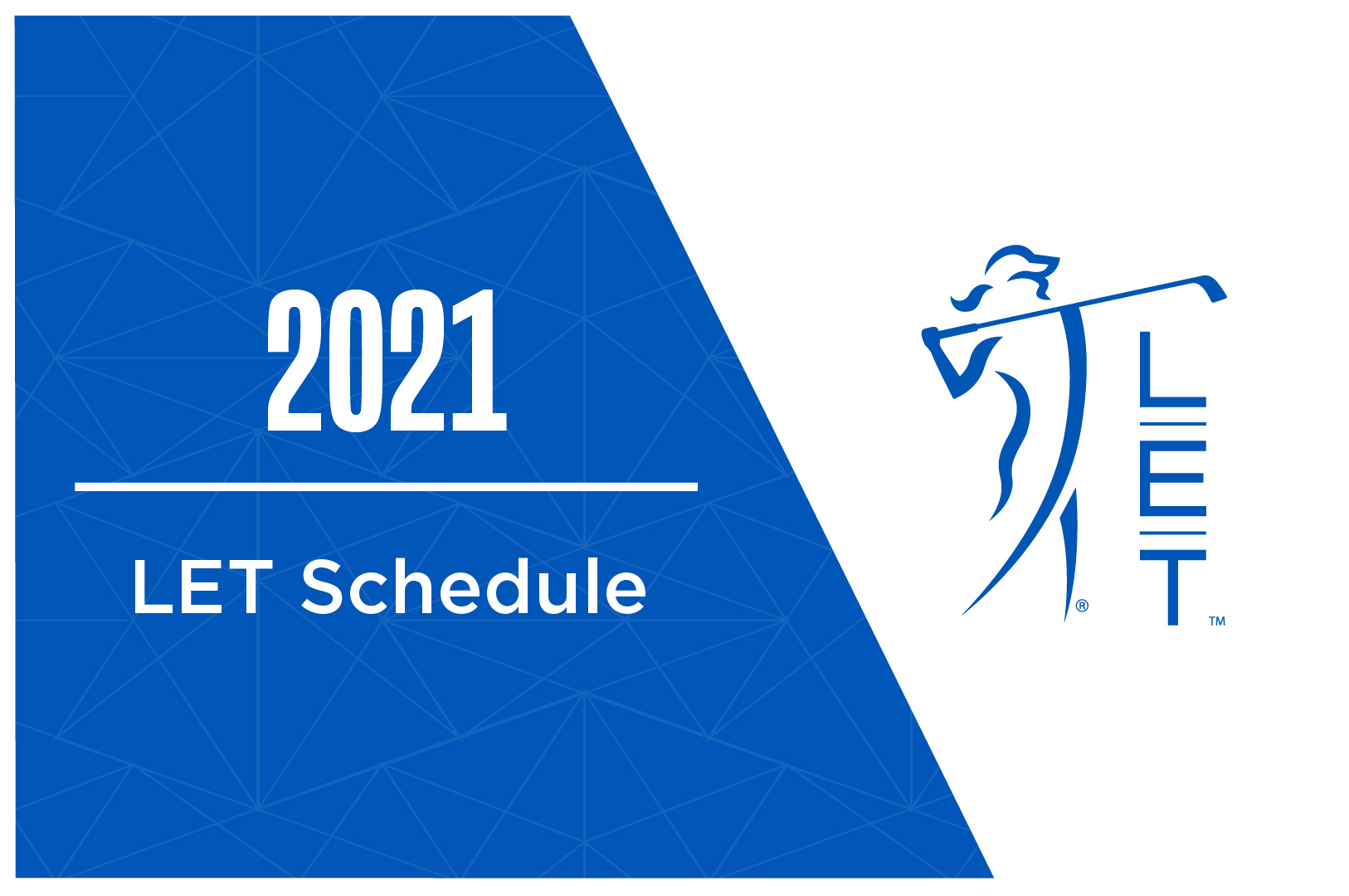 The Ladies European Tour announce a record-breaking 2021 schedule featuring 27 events in 19 different countries, the Solheim Cup and the Summer Olympics, with players competing for a combined prize fund of more than €19 million: an increase of €2 million on the proposed pre-COVID-19 announcement for the 2020 season and €6 million on 2019.

A year on from the monumental Joint Venture between the Ladies Professional Golf Association (LPGA) and the LET and after a year disrupted by the COVID-19 pandemic, the 2021 season is set to not only recapture the momentum of Spring 2020 but welcomes the addition of as many as nine new fully sanctioned tournaments.

With all postponed events returning to the calendar, the season will air an unprecedented 200+ hours of LIVE broadcast, with coverage extending to more than double the number of tournaments compared to 2020.

In a ground-breaking agreement for women’s golf, The Aramco Team Series is the latest edition to the revamped schedule, comprising of four events taking place in New York, London, Singapore and King Abdullah Economic City (near Jeddah) with each tournament carrying a €830,000 prize fund.

Of the nine new events, three include the previously announced €1 million Scandinavian Mixed Hosted by Henrik & Annika, the Creekhouse Ladies Open and the Big Green Egg Dutch Ladies Open, which will be played at the home course of Solheim Cup star and official tournament ambassador Anne van Dam.

The inaugural Skaftö Open completes the trio of Swedish tournaments while the Gant Ladies Open marks the LET’s return to Finland for the first time in 10 years.

The season gets underway at the rescheduled Investec South African Women’s Open from 13-16 May before heading to the first Aramco Team Series tournament in New York.

Europe will play host to most tournaments between June and September with 23 consecutive weeks of golf on the horizon as the LET visits Czech Republic, England, Finland, France, Spain, Scotland, Sweden and Switzerland as well as Japan for the rescheduled Olympic Games and Toledo, Ohio, USA, for the Solheim Cup.

Further afield for the final quarter of the season, the LET revisits India, Kenya and Morocco after a hiatus in 2020 as well as being provisionally set to play in Thailand and the Philippines, for the first time in LET history.

As per last season, Dubai and Saudi Arabia are back on the calendar after successfully staging the Omega Dubai Moonlight Classic and the Aramco Saudi Ladies International presented by Public Investment Fund, respectively.

The Andalucía Costa del Sol Open de España will once again play host to the season-finale, with the €600,000 event deciding the season’s Race to Costa del Sol, which is back for a second year after Denmark’s Emily Kristine Pedersen topped the summit in 2020. The ‘Race’ will offer a bonus pool of €250,000 between the top three finishers on the official rankings. The player who tops the rankings will receive an additional €125,000, with the second highest finisher receiving €75,000 and €50,000 for the third placed player following the season-long race.

Speaking about the announcement Alexandra Armas, Ladies European Tour, CEO, said, “We are extremely excited to announce our record-breaking schedule for 2021 and thrilled to offer some good news to our membership after a difficult season last year.”

Armas continued, “The LET is dedicated to supporting our members and growing the game of golf to new and existing markets and we are proud to confirm the return of not only all postponed events but the addition of several new and innovative tournaments, which shows just how much interest and momentum there is behind women’s sport. I would like to thank our sponsors, partners and all the federations that have shown their belief, vision and perseverance and we look forward to delivering an action-packed calendar for our international membership.”

Victorious 2019 Solheim Cup captain Catriona Matthew OBE is once again leading Team Europe this September at Inverness Club in Toledo, Ohio, and with qualification well underway, the former major winner will be looking to keep an eye on the LET’s exciting young talents.

Catriona commented, “I committed myself to playing on the LET in Europe last year and unfortunately I was not able to play as much as I would have liked so I am pleased to see such a healthy schedule for me to get back out there. I have six captain’s picks for the first time this year and I am looking forward to playing with some of Europe’s best as I look to assemble my team ahead of defending our trophy in September.”

Speaking about the three new events in Sweden, Gunnar Håkansson, General Secretary, Swedish Golf Federation, said, “Swedish golf has a rich history with the LET and we are delighted to be included on such a packed schedule with three very different tournaments in 2021. The Scandinavian Mixed hosted by Henrik & Annika offers a new and innovative way for men and women to compete together while the Skaftö Open and the Creekhouse Ladies Open will be held back-to-back, presenting players with a chance to enjoy two fantastic courses and a diverse playing experience from a testing island links overlooking the North Sea to one of the country’s oldest traditional parkland layouts.”

Commenting on the LET’s return to Finland after a 10-year hiatus, Hanna Hartikainen, President, Finnish Golf Union, said, “It has been a long-term dream to get the Ladies European Tour back in Finland and we are thrilled it will return for the Gant Ladies Open. We have some incredible talent coming out of our country and I am sure the tournament will be a domestic highlight for players and fans alike as the last qualifying event before the Olympics.”

“We are very excited about this year’s inaugural Aramco Team Series and hope the players enjoy competing in this innovative new format. Said His Excellency Yasir Al-Rumayyan, Chairman of the Saudi Golf Federation and Golf Saudi. “This partnership between Golf Saudi and the Ladies European Tour is fantastic news for global sport, for women’s golf and for Saudi Arabia. With the confirmation of the 2021 schedule, it is great to see the strength of global tournaments now in place, all of which will play their part in safeguarding golf’s future by supporting the players currently on the Tour.”