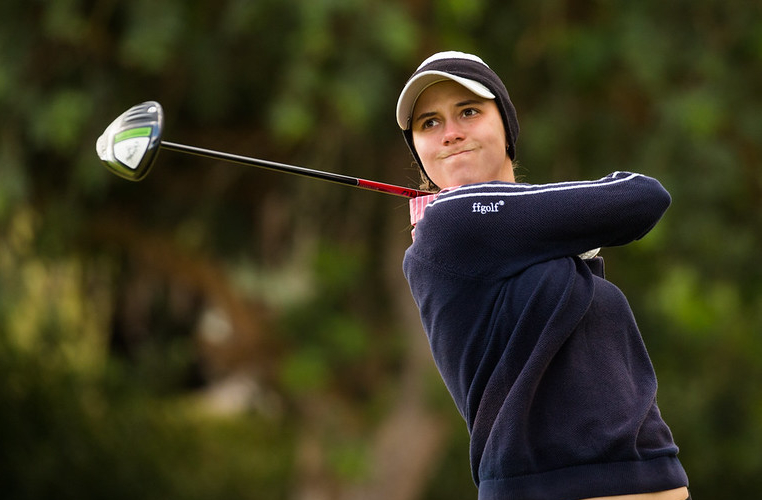 France’s Agathe Laisne rounded off 2021 on a high by finishing third at LET Q-School just one week after securing status on the LPGA Tour.

The 22-year-old, who had a very successful amateur career, turned professional in October 2021 and made it her goal to try and play on both sides of the Atlantic.

Laisne ended the final stage of LPGA Q-Series tied for 22nd with status for the following year and then flew to La Manga Club to try and repeat the feat for the LET.

Speaking at the time, Laisne said: “I’m very happy. It feels like a Christmas gift! I’m very proud of myself and that the good work with my team paid off.”

In her fifth and final round, Laisne started well with three birdies and a bogey on the front nine before making one birdie and two bogeys on her back nine.

But the former PING Junior Solheim Cup player expected a nervy finish and was still pleased to get the job done.

She continued: “It was pretty good at the beginning. On 16 and 17 I made two bogeys, so it was a bit down, but nerves happen, and it is okay.”

Laisne had success on the LET Access Series in 2020 while still an amateur clinching two victories within the space of a month.

Winning the Lavaux Ladies Open and Santander Golf Tour Lauro propelled the French golfer to no. 13 in the World Amateur Golf Ranking.

The two-time LETAS winner made five LET appearances last season with her best result of T6 coming at the Estrella Damm Ladies Open and Laisne hopes to have a long career playing on the LET in the future too.

I love a steak with some veggies. Aubergine with a medium rare steak is perfect!

The last film I saw was in the US and it is called The Tourist. It is with Angelina Jolie and Jonny Depp and the end is quite funny, I would recommend it.

I was watching The Crown but the episodes are taking too long so I stopped.

Le Golf national because I like to practise there. The Ryder Cup was there in 2018 and Tiger Woods walked there so that’s pretty awesome.

On my ball, it always says Titleist 1 and if it’s ProV it is Titleist 2, but always go with Titleist 1 so I have a hard time because there is only one sleeve in a box, so it always hard for me but I manage it. I sometimes exchange it at pro shops.

Right now, I would sing a Mamma Mia song. I like the movie. Maybe Honey, Honey – I like that song!