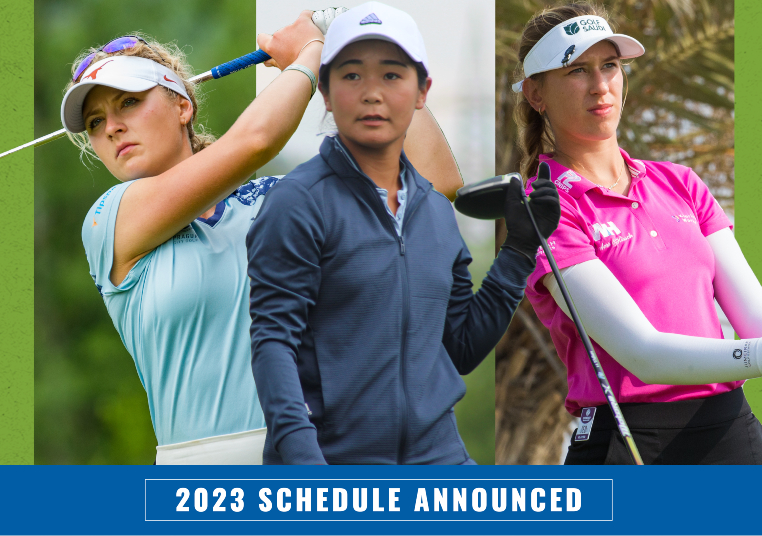 The LET Access Series is excited to announce the schedule for the 2023 season, which is set to feature 17 events in seven different countries across the year and will continue to give players an opportunity to compete and progress.

Once again, Europe will play host to all of the tournaments across the calendar year which will take place between March and October with Sweden hosting five tournaments in total in the 2023 season.

Spain is set to hold three tournaments as is France with Switzerland and England hosting two while there will also be visits to Czechia and Denmark during the year.

Last season Czechia’s Sara Kouskova was crowned LETAS Order of Merit winner and Rookie of the Year after winning three times in her maiden season as a professional and securing status on the LET for 2023.

At the end of the season, a minimum of six players on the LETAS Order of Merit will earn membership to the LET for 2024, while players finishing in seventh to 21st positions will be exempt into the final stage of LET Q-School.

Speaking about the announcement Alexandra Armas, LET CEO, said: “We are extremely proud to be able to announce the schedule for the 2023 LET Access Series. It looks set to be a great year with 17 events on the schedule taking place in seven countries across Europe and it also shows the commitment there is to provide greater competitive opportunities to players which in turn gives them the potential to progress to the Ladies European Tour.

“The LET is dedicated to supporting our members and growing the game of golf to new and existing markets and we are excited to confirm the release of this schedule in what will be another great year. I would like to thank our sponsors, partners and all the federations that have shown their belief, vision and perseverance.”

Ana Larraneta, LETAS Tour Director, added: “We’re delighted to announce the schedule for the 2023 LETAS season. To be able to continue to provide a full schedule with increasing prize funds year on year is amazing for LETAS members. I would like to thank sponsors, partners and all the federations, who are committed to help grow the women’s game, for the support and we’re excited for the year ahead.”