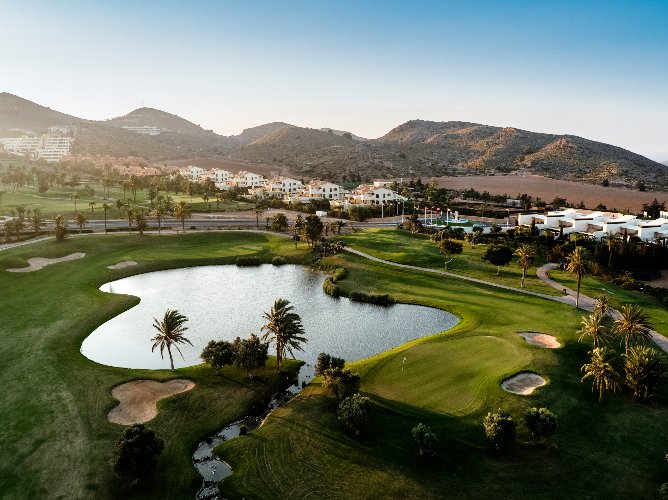 9 August 2022 – LONDON: The Ladies European Tour (LET) has today announced the dates for the 2023 LET and LETAS Qualifying School which will take place in December and includes a Pre-Qualifier in Asia in October.

With the return of the LET’s Qualifying School in December 2021, the next generation of champions were able to begin their journey into professional golf and the tournament continues to provide a pathway this year for players to secure playing rights for the 2023 season.

This year will see Classic Golf and Country Club in New Delhi, India host the Pre-Qualifier – Asia from 11-14 October with the support of our partners in India and the Women’s Golf Association of India, and the top players will advance to the Final Qualifier later in the year.

Those hoping to qualify will tee it up on the Ridge and Valley course, which was designed by Jack Nicklaus, and sits at the foothills of the picturesque Aravallis in the National Capital Region.

La Manga Club will once again host the LET’s Qualifying School in December with the North and South Courses being used for the four-round Pre-Qualifier – Europe from 10-13 December and the five-round Final Qualifier on 17-21 December 2022 with the top 20 players and ties eligible for LET Membership in Category 11 for the 2023 season.

Last year, American Gabriella Then claimed top spot after a blistering final round of 67 (-6) to win by four shots with Wales’ Amy Boulden winning in January 2020 and ended up clinching her maiden LET victory at the VP Bank Swiss Ladies Open later that year.

While Anna Nordqvist, Caroline Masson, Caroline Hedwall and Jodi Ewart Shadoff took the honours in 2008, 2009, 2010 and 2011 respectively, before going on to represent Europe multiple times in the Solheim Cup, demonstrating the fairness of the testing golf courses.

Alexandra Armas, LET Chief Executive Officer, said: “We are delighted that the Classic Golf and Country Club are hosting a Pre-Qualifier for the LET’s Qualifying School. The tournament in Asia is part of the LET’s strategy to give players from all parts of the world the opportunity to compete to become part of the LET and pursue their dreams with a career in professional golf. We are also grateful to be back at the wonderful La Manga Club again after such a successful tournament at the end of the 2021 season.”

Pedro J. Garcia Gimeno, General Manager at La Manga Club, said: “We are excited to be welcoming back the Ladies European Tour’s Qualifying School to La Manga Club this year on our renowned North and South golf courses. Last year was a great event with qualifiers from 2021 Qualifying School having had success on the Tour this season and we look forward to welcoming a new group of lucky qualifiers this coming December who will hopefully springboard to future success in the international golfing arena.”

Rajat Sethi at Classic Golf and Country Club said: “It is an honour to host the Pre-Qualifier – Asia for the LET’s Qualifying School this year. We are excited to welcome the next generation of golfers to our 27-hole, signature golf course in Gurugram and assist players from all over the world to find their pathway in starting a career in professional golf.”