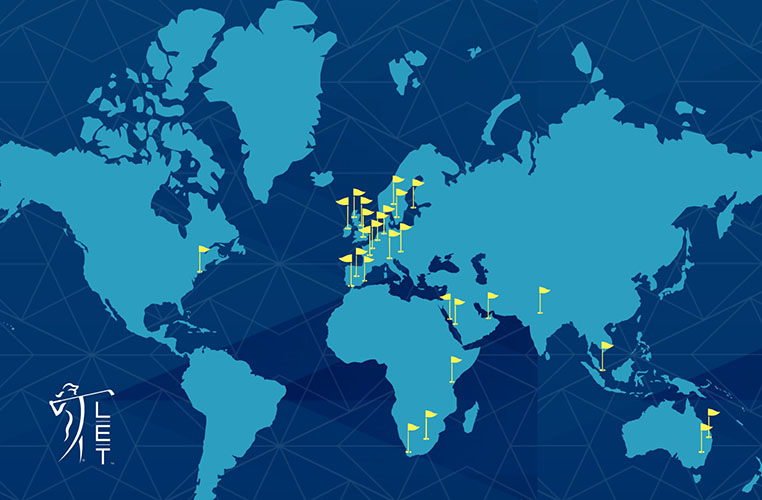 The 2022 Ladies European Tour season is set to present the greatest number of tournaments and prize money in the organisation’s 44-year history. Thanks to the support of new and long-term partners, LET members will compete for a minimum of €24.5 million across 31 events in 2022. The total annual purse is up €4.5m on 2021 and offers €13m more than in 2019.

“On the back of a strong 2021 season, which featured 23 tournaments, 2022 is going to be a record-breaking year for the LET with the largest total purse and number of events in history,” said LET CEO Alexandra Armas. “We will be launching new events in Asia and South Africa and returning to various territories across Europe and further afield, so it’s looking very exciting for our international membership.

“We have never had such incredible support from partners across the industry and corporations who see the value in investing in the LET. Our players continue to set new performance standards. For example, this year’s Race to Costa del Sol winner, Atthaya Thitikul, reached No.18 on the Rolex Women’s World Golf Rankings, an amazing achievement which shows what is possible by playing on the LET. The victorious European Solheim Cup Team did women’s golf proud in Toledo, Ohio, winning for only the second time in the United States. We are thankful to all of our partners as we move into the third year of our successful joint-venture partnership with the LPGA.”

The 2022 season will open with the return of the Magical Kenya Ladies Open in February, followed by the Aramco Team Series – Asia. The Joburg Ladies Open will debut in Spring, joining the Investec South African Women’s Open, which will move to Steenberg Golf Club in Cape Town, as part of a fortnight in South Africa. The LET will then return to Australia for a two-week swing with the Australian Ladies Classic Bonville and the Women’s New South Wales Open at Coolangatta & Tweed Heads Golf Club.

Europe will play host to 19 tournaments from May to September, with the return of the Madrid Ladies Open, The Mithra Belgian Open and the Women’s Irish Open.

The mid-summer European swing will feature two major championships, starting with the Amundi Evian Championship in France in July. The first week in August, a fortnight later, will bring the much-awaited AIG Women’s Open, which will be played at Muirfield in Scotland for the first time, with an elevated purse of US$6.8 million.

The Trust Golf Women’s Scottish Open, played during the week in between the majors, will offer an elevated purse of US$2 million, up US$500,000 on 2021.

The ISPS Handa World Invitational presented by Modest! Golf Management, played after the AIG Women’s Open, will be one of the most innovative events in world golf. Two tournaments, featuring men and women, play on the same courses at the same time for two equal prize funds of US$1.5 million.

In September, the Tour will visit two first-time venues: Ålands Golf Club for the Åland 100 Ladies Open and Barrière Golf Club in Deauville for the Lacoste Ladies Open de France.

The Andalucía Costa del Sol Open de España will once again play host to the season-finale, with the €650,000 event deciding the season’s Race to Costa del Sol, which is back for a third year after Thailand’s Atthaya Thitikul topped the rankings in 2021. The ‘Race’ will offer a bonus pool of €250,000 between the top three finishers on the official rankings, with prizes of €125,000, €75,000 and €50,000 for the players who finish in first, second and third place.