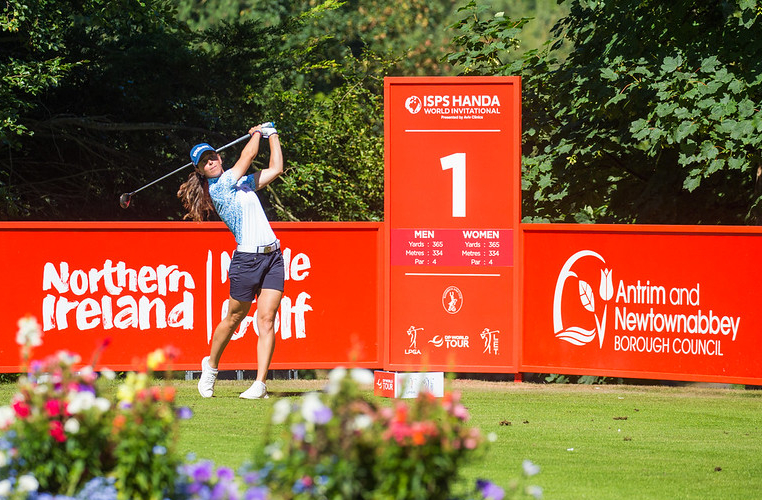 This week, the LET returns to Northern Ireland for the second edition of the ISPS Handa World Invitational presented by AVIV Clinics alongside the LPGA Tour and DP World Tour.

In 2021, it was the first tri-sanctioned event in the northern hemisphere between the LPGA, LET and DPWT. There are 132 men and 132 women competing in two separate, 72-hole stroke-play tournaments happening on the same courses, at the same time.

Defending champion Pajaree Anannarukarn returns to the site of her maiden LPGA Tour title, where she defeated Emma Talley with a par on the second playoff hole. Anannarukarn rallied after recording a triple bogey early in the final day on No. 6, but grinded to record a final-round 70 to force extra holes and become the season’s then fifth Rolex First-Time Winner of 2021.

Highlights of the women’s draw include Leona Maguire, the 2021 European Solheim Cup star who became the first player from Ireland to win on the LPGA Tour earlier this season at the LPGA Drive On Championship at Crown Colony. She’s joined by LPGA Hall of Fame member Laura Davies as well as major champion Georgia Hall, who finished in a tie for 14th in last year’s event.

Four-time LET winner Maja Stark, who leads in the Race to Costa del Sol, along with fellow countrywoman Linn Grant, the first woman to win a DP World Tour event at the co-sanctioned Volvo Car Scandinavian Mixed, will also tee it up this week. The sponsor invites include two-time Epson Tour winner Lucy Li and Northern Ireland’s own Olivia Mehaffey.