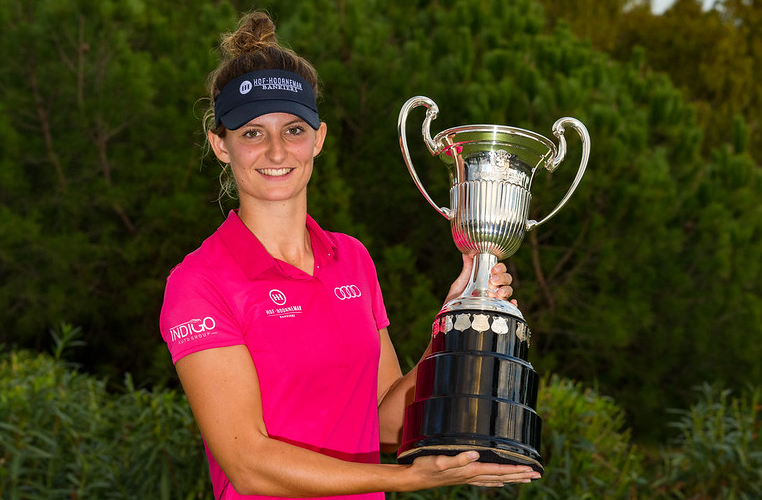 After a jam-packed 2021, the final event of the Ladies European Tour (LET) season is upon us, and Spain is the destination for the finale.

The Andalucía Costa del Sol Open de España has been a regular event on the LET calendar since 2002 and this year the Tour heads to Los Naranjos.

We take a trip down memory lane to see how the last three editions of the tournament were won.

Anne Van Dam from the Netherlands successfully wrapped up 2018 on the Ladies European Tour by claiming her second victory on Spanish soil this season at the Andalucía Costa del Sol Open de España Femenino.

The powerful hitter, who won the Estrella Damm Mediterranean Ladies Open in Sitges two months ago, fired rounds of 68, 67, 66 and 70 for a total of 13-under-par at La Quinta Golf Resort in Benahavís, Marbella.

After a pair of birdies on the fourth and sixth holes, she was six strokes clear at the turn. A run of seven pars on the back nine, followed by just one three-putt bogey on the 17th and a regulation par on the short par-4 18th proved more than enough to earn her third Ladies European Tour title.

She said: “I don’t know what it is about Spain, but I like it. It was tricky weather all week and it was difficult approaching the greens, with the amount of spin I had. Today I hit a lot of good shots on the back nine that flew too far and had no spin, where I left myself some awkward putts. The conditions were not easy but I’m happy with how I played my way around the golf course.”

Van Dam was three strokes behind Nanna Koerstz Madsen after the third round and the Dane was still one ahead coming to the 18th tee. However, as the winds strengthened, Madsen hit an aggressive drive into the lake left of the fairway and then three-putted, running up a double bogey.

Van Dam used her 4-iron to split the fairway, before playing up to the green and eventually rolling in a two-foot putt for par to seal the victory, her second of the 2019 season, following her earlier win at the ActewAGL Canberra Classic.

“I did not expect that,” said the Dutch golfer. “That’s golf. It was a crazy day. If you would have told me at the beginning of the day that two under was enough to win, I would have said, okay, I’ll take it! It was a different day with harder conditions, a little bit of wind and it got really cold towards the end.”

To finish her impressive and historic 2020 season on an even greater high, Denmark’s Emily Kristine Pedersen secured a four-shot victory at last year’s tournament.

The Dane headed into the event in a rich vein of form having completed the ‘Saudi sweep’ and a bogey-free final round of 66 (-6) ensured Pedersen added another trophy to her cabinet.

Speaking after her victory, the 2020 Race to Costa del Sol champion said: “It was very special with my Dad here, he got me in to golf and he has been a big support the whole way, he kept me going when I was down and it is really big for me to have him here and win this amazing trophy. I was really happy to go through something really positive and good with him because he is right beside me off the course and now, he has been there on it.”