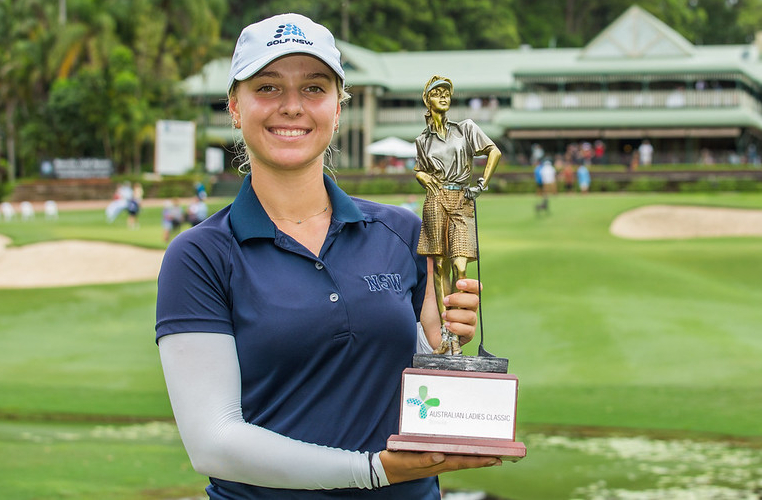 After a break due to the Covid-19 pandemic, the Ladies European Tour (LET) returns to Australia for the first time since 2020 with two tournaments.

Bonville Golf Resort plays host to the competition once again, let’s look back at what happened in the last three editions of the tournament.

France’s Celine Boutier clinched her second victory on the LET at the 2018 edition of the tournament winning by two strokes ahead of American Katie Burnett.

Rounds of 70, 68, 67 and 73 were enough for the Frenchwoman to add another LET title just four months after she won her first at the Sanya Ladies Open.

Despite a three-hour delay on the final day of play due to downpours and lightning, Boutier held on to win the inaugural tournament.

Speaking at the time, Boutier said: “It was hard, and I was a little bit nervous. It’s not always easy when you have to get back out in the middle of a round, but I did my best.”

It was a fourth LET title for the Norwegian, who produced rounds of 70, 72, 69 and 69, to finish at the top of the leaderboard.

Sweden’s Madelene Sagstrom led heading into the final round, but Skarpnord put herself into contention for the win after making the turn in one-under.

It was tight at the top of the leaderboard with as many as six players sharing the lead at one point during the day as tricky breezes continued to make scoring difficult.

But it was Skarpnord who celebrated rolling in a birdie on the last to finish on eight-under-par and lift the trophy.

Kyriacou led by two shots with 18 holes to play and came out the blocks firing rolling in six birdies on the front nine including five consecutively to put herself as the clear favourite for victory.

A one-under back nine was enough for her to triumph and after the tournament, the youngster turned professional and began life on the LET, later claiming the Rookie of the Year title for 2020.

Speaking at the time, she said: “I got off to a slow start again on the first but then it just clicked. I had a run of five birdies in a row I think and just…. everything was going my way. I honestly don’t know what to think right now. I’m lost for words, it’s just amazing.”