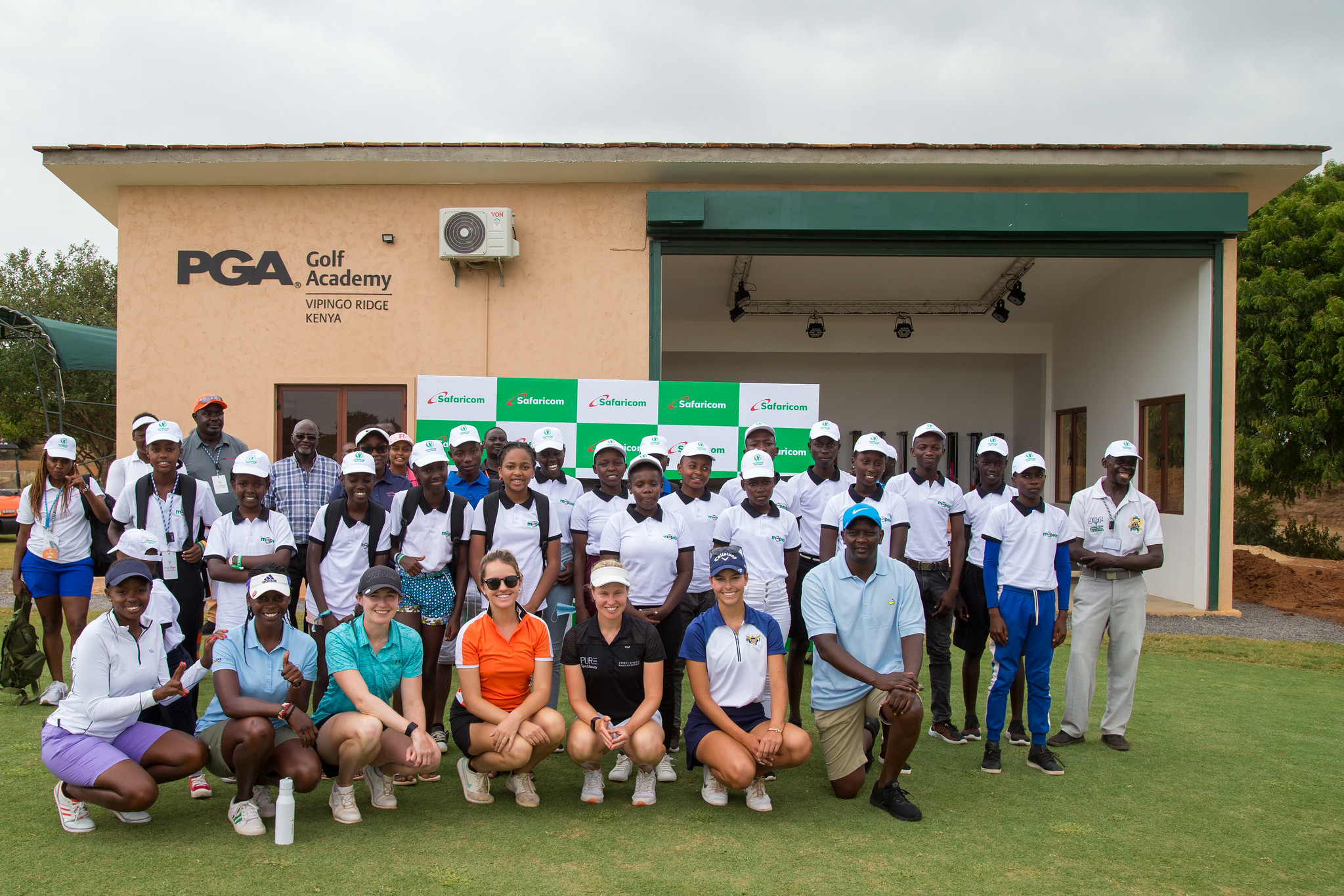 On Saturday 12th February, players who competed in the 2022 Magical Kenya Ladies Open took part in a junior clinic at the driving range at Vipingo Ridge.

Alexandra Swayne, from the US Virgin Islands, Brazil’s Luiza Altmann, Scotland’s Gabrielle Macdonald, England’s Rochelle Morris and Kenyan amateur Naomi Wafula all volunteered their time to talk to a group of children.

The golfers explained at what age they started playing the game and the journey they have been on to reach the point where they are at now, while the children also asked questions as the session went on.

After this the players took it in turns to show the children how they play with certain clubs. Up first was Rochelle with different wedges, then Gabrielle showed short irons with Alexandra demonstrating long irons before Luiza used the driver.

As part of the Ladies European Tour’s (LET) and Titleist’s commitment to women’s golf and in the spirit of the LET’s mantra, #RaiseOurGame, both organisations will be donating the tournament’s market leading Pro V1 golf balls used on the practice range to juniors in support of the ongoing development of golf in Kenya.

LET players also brought a range of gifts to the tournament including golf gloves, golf shoes, some clubs and golf clothing that were given to the juniors following the clinic.