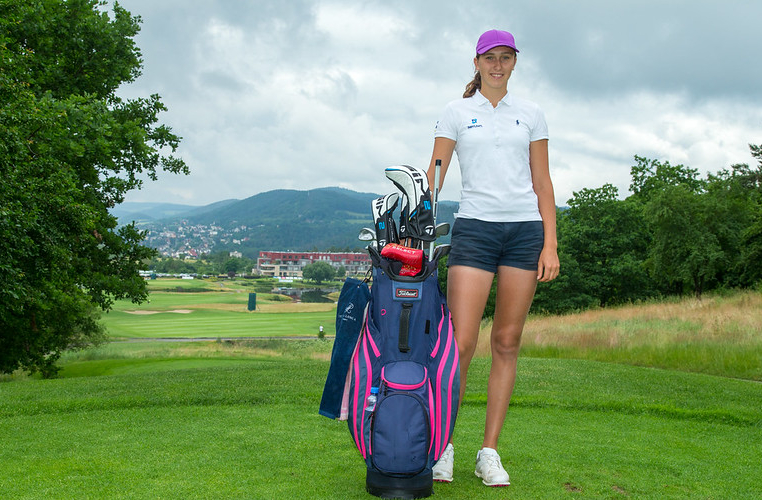 The Tokyo 2020 Olympic Games is in full swing and tomorrow sees the start of the Women’s Golf tournament at the Kasumigaseki Country Club.

Four rounds will be taking place between August 4-7 with the tournament consisting of a 72-hole individual stroke play format.

There are 60 golfers competing, who will be playing in groups of three, starting on the first tee with times starting at 7.30am local time through to 11.09am local time.

Of the players in Japan, 26 of them hold LET membership and they represent 20 countries across the world.

The youngest member of the LET, Pia Babnik, will be competing in Tokyo this week after securing her maiden LET victory earlier this year.

The Slovenian teenager won the Jabra Ladies Open in June and is looking forward to a week surrounded by the best golfers in the world.

“I will definitely try to do my best at the Olympics,” said Babnik. “It is not up to me how it will end. I will try to focus on myself and then we will see how it goes. It doesn’t really matter how old I am. It is nice to be young and to be able to play in the Olympics so easily and also to be able to play there again in the future.”

A late arrival to Tokyo was India’s Diksha Dagar, who found out she had the opportunity to travel to Tokyo last week.

After competing in the Deaflympics in 2017 and winning a silver medal, Dagar cannot wait to get the tournament underway and fulfil her dream.

Dagar, who is grouped with Norway’s Tonje Daffinrud and Switzerland’s Kim Metraux, said: “I could not believe it, when my father (Col Naren Dagar) told me about the message he had received. I kept asking him ‘Are you sure, are you sure?’ and he kept saying ‘yes’. It was one of the most thrilling moments of my life.

“Ever since golf came into the Olympics in 2016, it was my dream to get there and now I am here. It has been inspiring to see the world’s top stars in every sport here in Tokyo. I feel proud to be an Olympian.”

There are plenty of European Solheim Cup stalwarts in the field too with the likes of Germany’s Caroline Masson, Sweden’s Anna Nordqvist, Spain’s Azahara Munoz and Carlota Ciganda, Great Britain’s Mel Reid and Jodi Ewart Shadoff.

Plus, Dutch golfer Anne Van Dam and France’s Celine Boutier, who made their Solheim Cup debuts in 2019, are also in Japan, as well as 2020 AIG Women’s Open winner Sophia Popov.

Finnish duo Matilda Castren, who clinched the Gant Ladies Open title last month, and Sanna Nuutinen, who is second on the 2021 Race to Costa del Sol, also tee it up.

Keep up with the live scores here.