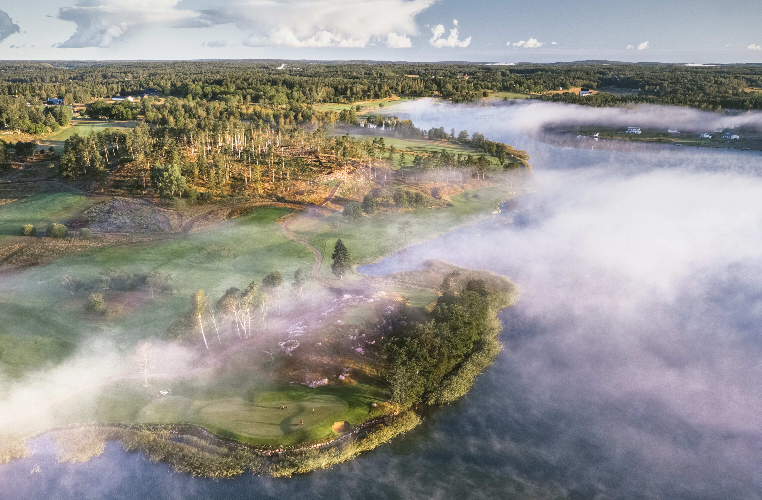 The recent Gant Ladies Open, played at Aura Golf in July, was an incredible success and so it should come as no surprise that there will be a follow-up next year in Finland.

The LET’s Finnish Ladies Open will be held on 1-3 September 2022 at Ålands Golf Club, Kastelholma, in Åland. The prize pool for the competition is €225,000. The Finnish Golf Union’s promoter agreement with the Tour also gives an option to organise the competition for 2023.

“This year’s LET event was simply magnificent and a dream come true in many ways. Interest in competitive golf and the LET are high, and the Finnish Golf Union wants to make sure that an international event like this will continue also in the future,” said Hanna Hartikainen, president of the FGU. “We want to be a forerunner in advancing women’s sports and equal opportunities. Naturally this wouldn’t be possible without all the sponsors and the parties involved which earn our gratitude.”

The agreement with Ålands Golf Club will allow elite women’s golf to be seen in the beautiful Åland archipelago, on the grounds of Kastelholm Castle. The competitors will play on Slottsbana (the Castle course), which was fully renovated and opened again in 2020. It has received superb feedback and is a hugely popular course to visit.

“The fact that Ålands Golf Club is given the opportunity to welcome the Ladies European Tour is a great honour and provides clear proof that the efforts that have been made at the facility have been right. With this competition we also put Åland on the international map as a golf destination to be reckoned with, even for international guests,” said Åland Golf Club’s president, Mikael Mörn.

The LET is also thrilled that the tournament will continue, especially with such a strong contingent of Finnish players on the tour.

LET CEO Alexandra Armas commented: “The LET players are delighted to have the opportunity to compete on the magnificent Slottsbana course at Ålands Golf Club for the first time in 2022, after a hugely successful return to Finland this July. It was immensely exciting to see Matilda Castren, a home grown talent, take the title before going on to become the first Finnish player to represent Europe in the Solheim Cup. Our sincere thanks to the Finnish Golf Union for supporting and elevating the women’s game and helping to develop such strong role models.  I have no doubt that this international championship will continue to impact positively on golf’s popularity in Finland.”

It would not be possible to have the LET playing in Finland without committed and passionate partners. In order to ensure high-quality event staging, various forms of funding are constantly being raised by the FGU and the club. The title sponsorship will be strengthened in the late Autumn and there are plans to televise the event internationally.

The Finnish Ministry of Education and Culture, which helped to enable this year’s event in Turku, deserves a special mention and locally, support from the Åland administration and tourism authority is also very important. This major sporting event will further elevate and present Åland as an attractive tourist destination and a golf holiday cruise for the public is being considered as part of the project.

“We are happy to welcome everyone to experience Åland, a versatile destination in the middle of the Baltic Sea. Here you can experience golf near the sea, comfortable accommodation and local tastes. Åland feels like home even abroad,” says Lotta Berner Sjölund, CEO of Visit Åland.

This year’s Gant Ladies Open received significant media visibility, with Matilda Castren’s triumph enabling her to go on to play a key role as a member of Europe’s victorious Solheim Cup team. There are no shortage of golfing role models, with the success of the Finnish women at present being unprecedented.

“This is what we have been aiming for: to have a Finnish player in the top 50 in the world. Thanks to this home competition, both spectators and the media will have the opportunity to get to know our players up close,” said Juha Juvonen, the FGU’s sport manager and Tournament Promoter.

In September next year, the Finnish players will have another opportunity to impress on home soil.