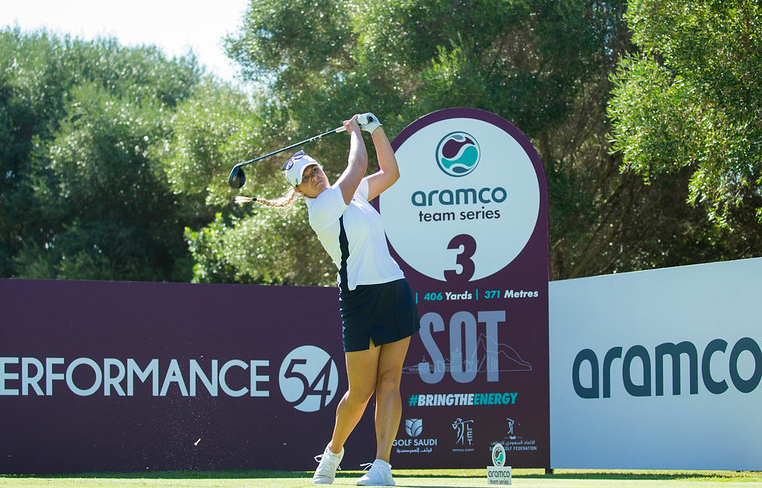 Norway’s Marianne Skarpnord is relishing the chance to play in the Aramco Team Series – Sotogrande weeks after her individual win at the London event.

The 35-year-old secured her fifth LET title at Centurion Club when she beat 2021 Race to Costa del Sol leader Atthaya Thitikul in a playoff.

After heading back to 18 for the second time, it was the Norwegian who came out on top when she rolled in her birdie putt.

“I hadn’t been in a playoff for a long time. I felt a bit edgy on the first tee and thought ‘I haven’t been back in this game for a while’. It was a great tournament and with the team format, we had so much fun so I’m excited about this week,” said Skarpnord.

“For me, it felt like 20 kilos fell off my shoulders. I hadn’t won since 2019 and I had been struggling a bit earlier this year. I was so happy and very relieved.”

With the return of both formats, Skarpnord is looking forward to leading her team once again at La Reserva Club Sotogrande.

The Norwegian, who is fourth in the 2021 Race to Costa del Sol, picked Frida Gustafsson Spang, plus she has Filippa Moork as her third professional and Ahmed Al Subaey is the amateur on the team.

“I played pretty good here the last time we played this course. It’s in really good shape and the greens are really really good. There’s a lot of big names here this week, so I have got to play really well to be top three or top five,” she explained. “I would love to be number one in the Race to Costa del Sol after the final tournament this year.”

England’s Bronte Law, who was an integral part of Team Europe at the 2019 Solheim Cup, is also in the field this week.

The 25-year-old picked European Solheim Cup captain Catriona Matthew and they will be joined in their team by Scotland’s Laura Murray and amateur Vicente Rubio.

Law said: “This provides a perfect opportunity to grow the game and sharing that experience with other people is obviously very unique in that sense, but also something I enjoy doing. Any time I’m on a team, I find it very enjoyable, and I think this week will be no different. Obviously, it’s a slightly different format but I’m really excited to see how it pans out.”

At the Aramco Team Series – London, it was Team Cowan who claimed victory with a score of 41-under-par.

Cowan will once again be in a team with Schmidt, as well as France’s Anaelle Carnet and amateur Daniel Kunz, and the German is hoping to replicate the success.

“I’m looking forward to having a fun week again,” Cowan said. “We have got a great course, great weather, and I’m back in a team with one of my best friends. I think it will be a good week. We’re going to try and make Anaelle part of the team and make her feel welcome. We want to win again!”

Thailand’s Moriya Jutanugarn is also in Sotogrande, while there are plenty of US stars out in force including Lizette Salas, who is 24 in the Rolex Women’s World Golf Rankings, Paula Creamer, Angel Yin, Alison Lee and Lindsey Weaver.