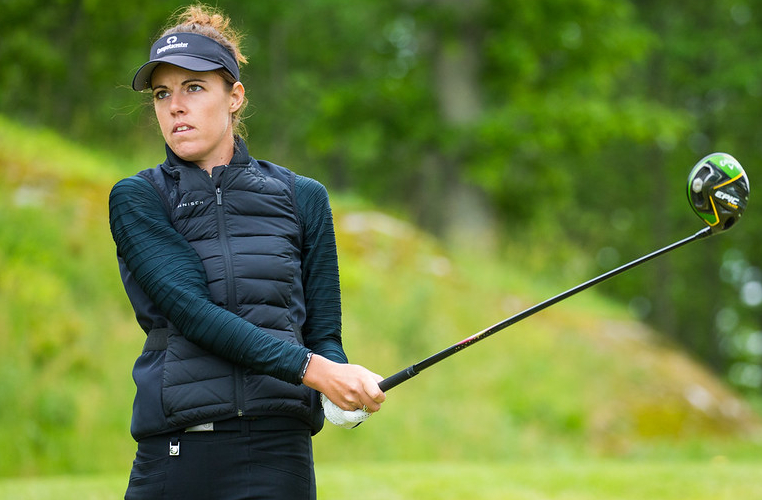 Looking back two years ago, England’s Meghan MacLaren had a phenomenal week when she placed second at the Jordan Mixed Open.

The event saw players from the Challenge Tour, European Senior Tour and Ladies European Tour (LET) compete against one another for the same trophy.

With the Scandinavian Mixed – another event with men and women competing for the same victory – taking place this week, MacLaren reflected on her second-place performance in Jordan.

She said: “I am very proud. It still hurts a little bit, it still cuts when people say it, but it was an unbelievable week and even the events I’ve won, I’ve never felt that much support throughout a single week.

“It was really quite overwhelming to be honest, but it will be a week that I remember forever. Just the three Tours together and what it did for women’s golf and golf as a whole. It was really special to be a part of that.”

This week’s tournament takes place at Vallda Golf and Country Club and is hosted by Swedish superstars Henrik Stenson and Annika Sorenstam.

With more mixed events being added to the calendar, MacLaren says she’s seen a shift in how over the past few years.

She explained: “I think the last couple of years have been really big. An event like this, it maybe isn’t talked about as much right now which is actually, I think a sign of the progress. Jordan was this massive innovation, and can it work? How is it going to be? Will the players enjoy it?

“It went really really well, and this event almost feels a little bit more normal which I think is the way that golf should be moving, and sport should be moving. Fingers crossed more fans can see it happen this week and enjoy a whole range of golf.”

Sorenstam was won of the most dominant players in the game of golf winning 17 LET and 72 LPGA titles including 10 Majors during her career, while Stenson became the first male Swedish major champion by winning the 2016 Open Championship.

For MacLaren, she hopes having the duo teeing it up this week will bring in a new audience to the game.

“Any event where you have Major winners or world number ones – Annika is one of the most dominant female players that there has ever been, and I think we would all pay a lot of money for Henrik’s swing. When you have recognizable names like that, it brings in a new audience,” she said.

“Annika’s record speaks for itself. What she has achieved in the game is inspiration for every female player and what she was able to do in her career shows female golfers that it’s okay to want to be dominant and to win as much as you can and to have that attitude to it. Henrik has been one of the best players in European golf for a very long time. Having players of that calibre be in the same field as you, for players like me and rookies as well it’s a cool thing to be part of.”

MacLaren has two LET victories to her name after winning the 2018 New South Wales Open and successfully defending the title in 2019.

The 27-year-old finished T23 at last week’s Jabra Ladies Open and enjoyment is the key for her at Vallda.

She added: “I just want to enjoy it. Jordan was a phenomenal week for me personally, but I just enjoyed being able to do that in that environment and if I can do something similar that would be great. I hope the fans who can watch it on TV, I hope they get something out of it as well as us players.”