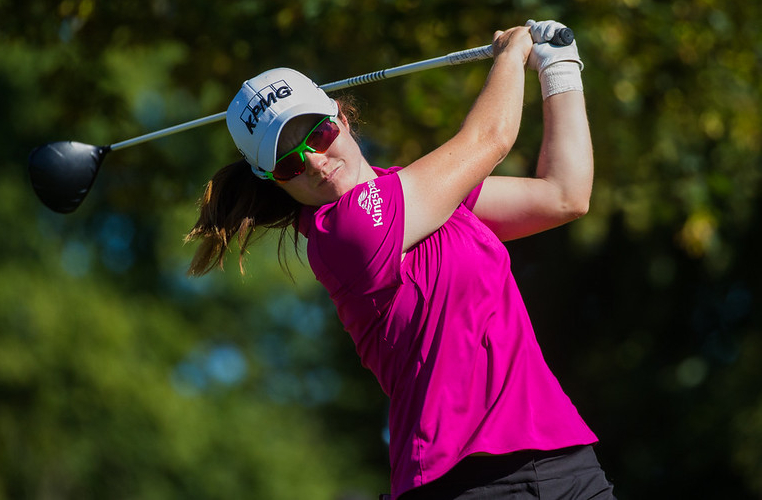 Ireland’s Leona Maguire comes into the ISPS Handa World Invitational presented by Aviv Clinics off the back of her best-ever finish in a major.

The 27-year-old produced a final round of 66 (-5), which was also bogey-free, to finish in a tie for fourth place at Muirfield.

This week sees a tri-sanctioned event between the LET, LPGA and DP World Tour with 132 men and 132 women competing in two separate, 72-hole stroke-play tournaments happening on the same courses, at the same time.

And the Solheim Cup star hopes to see plenty of support at Galgorm and Massereene from her family and friends.

“I think it will be a fun week,” she said. “It’s nice to play in front of home crowds and the nice weather as well is an added bonus. Hopefully, there will be plenty of people out to support this week.

“I played in this event three years ago before it was sanctioned, so it’s nice to go out where it’s a little bit familiar. Both courses are in really good shape, so I’m excited for a very different test this week than Muirfield last week.”

Maguire will tee it up in the first round at 1.03pm local time at Galgorm alongside England’s Georgia Hall and Sweden’s Linn Grant.

It is a different challenge for the field this week with all players playing Galgorm and Massareene once each on Thursday and Friday before the tournament switches to just Galgorm for the weekend.

“It will be very different test this week to get the ball in the air a little bit,” she continued. “The fairways are pretty bouncy here in Massareene, a bit more than I expected.

“Keeping the ball out of the rough this week I think will be the most important thing. Last week it was the bunkers, this week the rough. A different challenge but I’m looking forward to it.”

Maguire, who hails from County Cavan, is excited that to be back in front of a home crowd and hopes the crowd will get behind the local players.

She added: “I’m sure there be lots of kids walking around this week getting pictures, autographs, and maybe getting a ball or two. Those are memories that stay with you. We have two events back on the schedule and hopefully those events will build in strength over the next few years.

“I have plenty of friends and family coming to watch this week that don’t normally get to see me play, so it will be nice to have them all around. It’s just nice to feed off the energy of the crowd. There are lots of the Irish guys playing this week, plus Steph [Meadow] and Livy [Mehaffey] are playing too. Hopefully, the crowds rally behind us and hopefully we can put on a good of display as golf for them.”