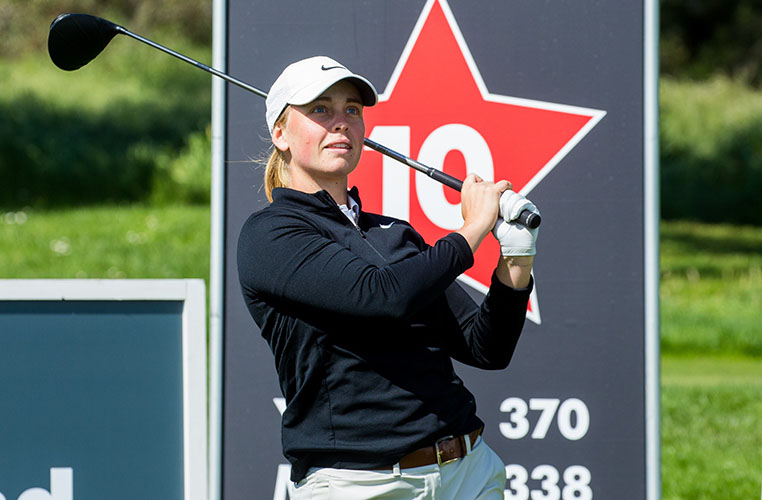 Ladies European Tour Number One Maja Stark is looking to follow up her victory in last week’s NSW Open with another strong performance in the Comunidad de Madrid Ladies Open, which starts tomorrow.

The 23-year-old Swede won by five from compatriot Johanna Gustavsson in Australia on Sunday for her third LET title, which came as no surprise to many on the circuit, as the big-hitter had won the Creekhouse Ladies Open and the Estrella Damm Mediterranean Ladies Open in 2021, her debut LET season.

Now on top of the Race to Costa del Sol Rankings after playing in four of the first eight tournaments of 2022, she is looking to add more silverware to her trophy cabinet as the Tour makes its first stop of the year in Europe, with a return to Madrid.

Before playing in the Pro-Am at Jarama-RACE (Real Automóvil Club de España) Golf Club on Wednesday, Stark said: “Australia was amazing, but I love Spain, too and I have had some great success here. I’ve got my brother, Albin, caddying for me, who was also on the bag when I won in Terramar, Sitges, so I know it’s going to be a good week.

“My driver was a bit off during the last round at the weekend, but I’ve got the Swedish National Team coach, Fredrik Wetterstrand, here with me to sort it out. This week’s course isn’t really narrow, but it looks narrow off the tee with all the trees lining the fairways.

“Leading the Rankings is a new situation for me and it’s early in the season with a lot of tournaments still to go, but I’m going to try to maintain my position. The pressure is never off, because you always want to play well, but this golf course is totally new to most of us, so it offers another opportunity.

“Next year will be big with the Solheim Cup in Spain and it would be a dream come true to play for Europe, so I can’t take my eye off the ball!”

Solheim Cup winner Anne Van Dam, a two-time winner of LET events on Spanish soil, is also expected to be in the mix, along with recent tournament winners Lee-Anne Pace and Linn Grant.

With 25 Spanish players in the field of 126 competitors, there is also a strong chance of a home winner.

Sisters Marta and Patricia Sanz Barrio, and Carmen Alonso, all from Madrid, are long-time members of the club hoping that their local knowledge will be an advantage, while Nuria Iturrioz, Maria Hernandez, Paz Marfa Sans and Elena Hualde are some of the other names to watch this week.