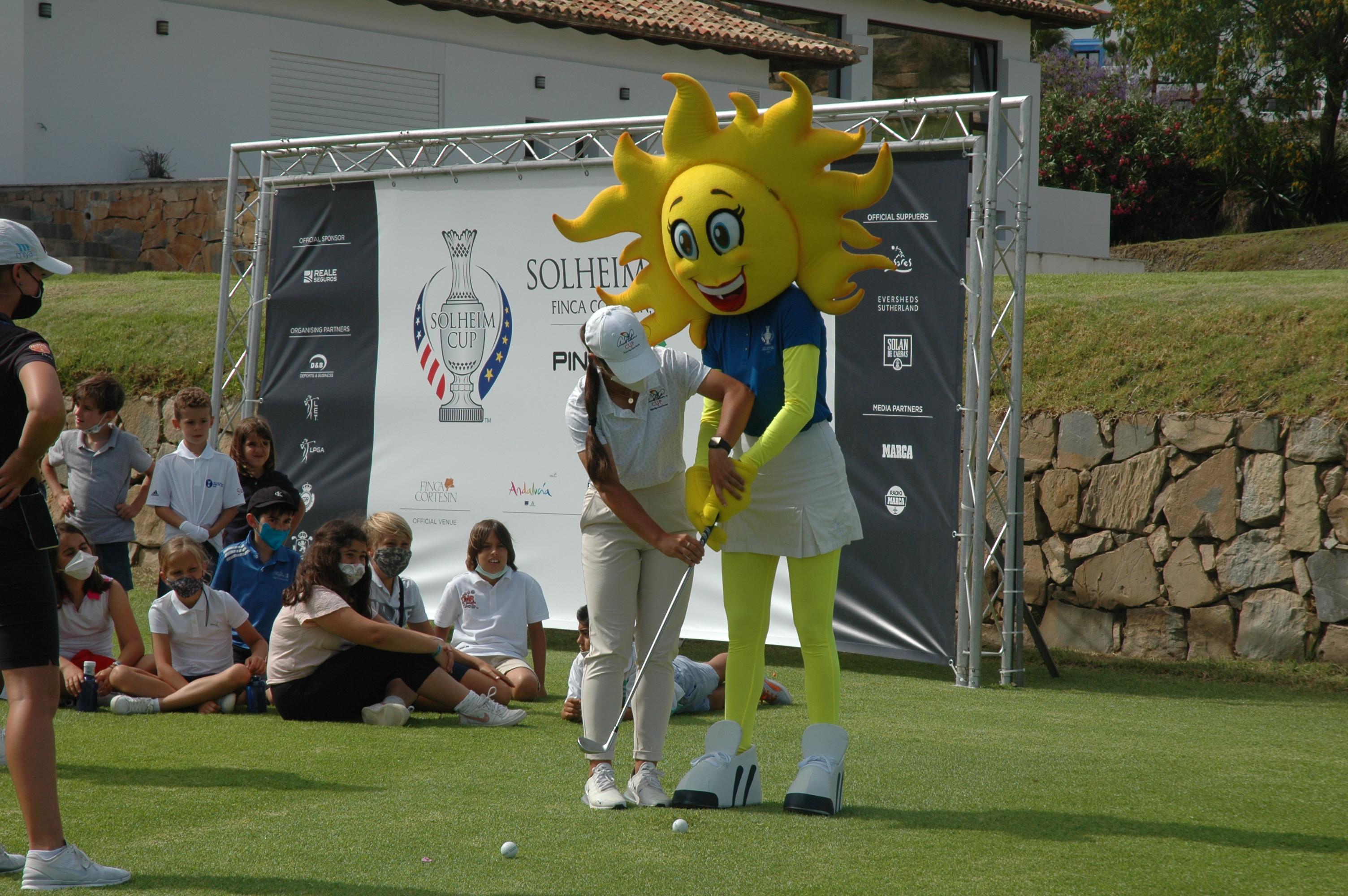 Los Arqueros Golf hosted the unveiling of the mascot of the competition which will be held at the Finca Cortesín (Costa del Sol, Andalucía)

Energy, light, optimism, life, hope, warmth and joy are some of the values transmitted by Sol, the official mascot of the Solheim Cup that was presented Friday afternoon, June 18th in a fun event that took place in the Costa del Sol club of Los Arqueros Golf. The event was attended by Francisco Salado, President of the Provincial Council of Málaga, José Antonio Mena, Mayor of Benahavís, and Nuria Rodríguez, Malaga Tourism Delegate for the Junta de Andalucía, on behalf of all the entities and institutions that sponsor and support this biennial international competition between the United Stated and Europe women teams that will be hosted for the first time in Spain from September 18-24, 2023.

Sol delighted all the guests at the event and the children of the golf schools of the Costa del Sol who accompanied her in Los Arqueros. The mascot wore its finest clothes in a festive exhibition that starred together with Laura Gómez and Ana Peláez, young Spanish golfers from Málaga who dream of being able to play in the first edition of the Solheim Cup to be played in Spain.

The Solheim Cup begins with “Sol” (“sun” in Spanish), an unequivocal link with Andalucía and the Costa del Sol, and a perfect representation of the image that those who visit our country have in mind. Like the star, Sol arrives with the intention of illuminating the future and setting the course for the youngest golfers in Spain, becoming the friendly and unforgettable icon of this competition.

“We are very excited about the role that Sol will play from now on, as it will contribute to bring the competition closer to the younger fans around the world and will serve to identify the tournament with a key element of our country, Andalucía and the Costa del Sol. We would like the whole sporting world orbiting around Sol and the Solheim Cup in 2023, and that’s why all the institutions, organizations and companies that support the competition are doing our best,” explained Alicia Garrido, executive director of Deporte & Business.

The 2023 Solheim Cup, an event of Exceptional Public Interest that will be hosted at Finca Cortesín, is sponsored by PING, Costa del Sol and Rolex as Global Partners; and by AndalucÍa, Acosol, the local council of Marbella and the local council of Benahavís as Official Partners. More information at www.solheimcup2023.eu