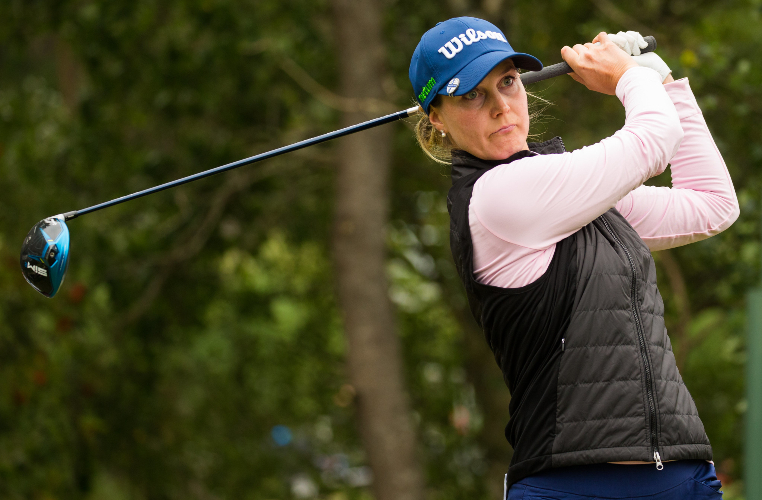 It’s not just us who are glued to this year’s Race to Costa del Sol standings, Sanna Nuutinen is just as gripped as anyone to what is going on in the field each week.

The flying Finn has been one of the most consistent performers on Tour this year, with her fourth-placed finish in last week’s Didriksons Skafto Open the sixth time she has finished within the top ten tin 2021, as well as impressive performances at the recent AIG Women’s Open and the Olympic Games.

A flurry of strong performances sees her sit third in the Race rankings heading into the Creekhouse Ladies Open this week, with Atthaya Thitikul and Steph Kyriacou the only two players in the field that lie ahead of her as we head towards the business end of the season.

And with the events coming thick and fast throughout the summer months, there are plenty of points up for grabs every week at the moment, and Nuutinen knows the battle for supremacy is going to go down to the wire.

“To be honest, I’m always watching them, whenever we’re coming into the last day I’m always looking to see where Steph and Atthaya are,” she admitted.

“We were all in the top ten this week in Skafto, and that’s the reason we’re in the top three in the Race to Costa del Sol rankings, so it’s exciting.”

With nine events remaining in the 2021 season, this year’s Race to Costa del Sol is looking set to be fiercely contested by the trio of contenders, with Thitikul currently leading the way with 2,157.46 points after competing in 11 events so far this year.

A victory in the Tipsport Czech Ladies Open – as well as nine top ten finishes – sees the Thai talent top the standings ahead of this week’s action, where all three are likely to do battle at the summit of the leaderboard once again.

Her nearest challenger is Kyriacou, with the Australian boasting a victory in the Big Green Egg Open earlier this year, as well as a T13 finish in this month’s AIG Women’s Open, to see her sit on 1,307.35 points.

And sitting just 26.06 points behind in third spot is Nuutinen, with the Finn consistently producing the goods throughout the year, but the achievement of finishing top of the pile come Sunday is still one that has eluded her.

The 30-year-old is in the midst of a mammoth run of time on the road, with her participation in Majors and representing her country in Tokyo earlier this year contributing to a packed schedule that has seen a stretch of 13 consecutive weeks competing on course.

For a lot of players the trials and tribulations of a golfing season could take its toll as tournament after tournament comes and goes, but Nuutinen is keen to make the most of all the opportunities that come her way, and is reaping the rewards with a string of stellar performances over the past few months.

“It was great to compete at the Women’s Open and to play well, and to be able to compete against the best players in the world.

“That and the Olympics was a confidence boost, it was an amazing feeling and a great experience to represent my country.”

And after firing an impressive round of 62 (-7) on the final day of the Skafto Ladies Open to propel her up to fourth spot in Sweden, Nuutinen looks ready to mount a real challenge for the Race to Costa del Sol title, and isn’t going to give in without a fight.

“I had four goals going into this year – compete at the Olympics, then in the European Majors, and the other two were to win an LET event and finish high in the rankings,” she continued.

“I’ve completed half of my goals now so I’m really looking forward to the end of the season, so to win the Race would mean a lot because that’s one of my goals, and I’m 100% committed to the Tour this year.”