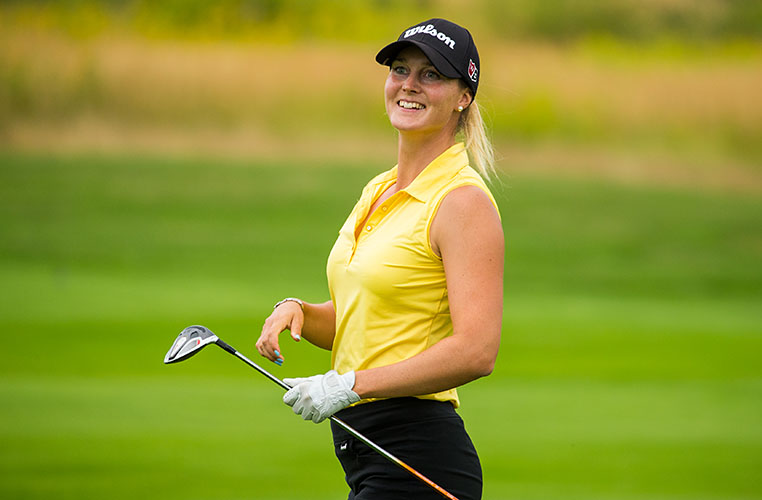 Finland’s Sanna Nuutinen will be looking to carry her winning form from the Flumserberg Ladies Open, where she claimed her third career LETAS win at Gams-Werdenberg Golf Club on Saturday, to the inaugural VP Bank Swiss Ladies Open, which tees off at Golfpark Holzhäusern in Zug on Thursday.

Nuutinen won a thrilling sudden-death play-off from overnight leader Stina Resen, after the pair tied at 12-under-par after 54 holes and the 27-year-old Finn will be targeting her first win on the LET this week.

Her best finish in three years on the LET was a tie for second in last year’s Tipsport Czech Ladies Open, where she had a similar length putt, of around nine feet, in a play-off, but lost out to Scotland’s Carly Booth.

“I had a similar length putt in the Czech Republic one year ago to get in to the play-off and I learnt from that experience, I left it short last year so I thought I just need to get it there,” she said.

Speaking about her most recent win, she said, “I’m going to give myself credit for doing the job I was expecting to do, I wanted to win and I feel great that I was able to pull through. I want to practise winning and it feels incredible to achieve something you’ve been working for.”

Nuutinen’s celebrations were modest, with just a simple workout in her room followed by a sleep and a rest today, but she will be ready to fire up her competitive juices again when the tournament starts on Thursday morning.

Last year, Nuutinen won the Czech Ladies Challenge on the LET Access Series three weeks prior to posting a tied second place finish in the LET event in the same country. This year, will she go one better and win consecutive Swiss tournaments?

The LET returns to Switzerland for the first time in eight years after an extraordinary effort from all stakeholders to get back to play following the global coronavirus pandemic. The LET extends its sincere gratitude to the host club Golfpark Holzhäusern, title sponsor VP Bank Switzerland, Genossenschaft Migros Luzern, Innvent Gmbh and Canton Zug for their unwavering support of the tournament. This week will be a wonderful festival of golf, for both local spectators and a global audience to enjoy, with live television coverage from all three tournament rounds.