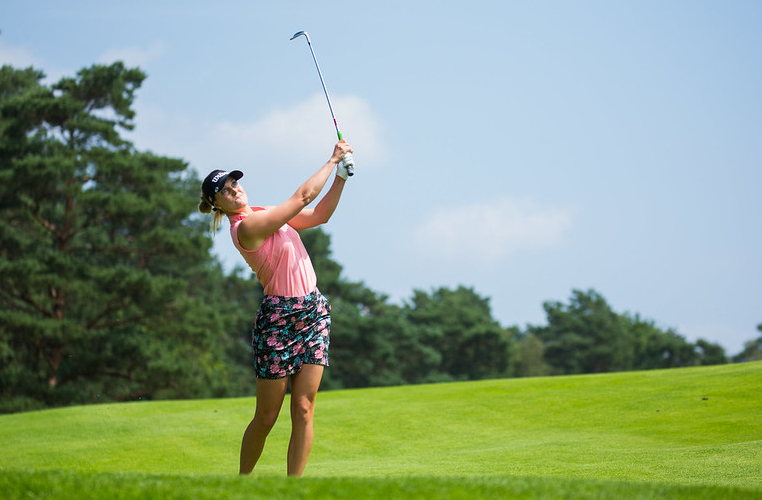 Finland’s Sanna Nuutinen is savouring the opportunity to play in her homeland on the Ladies European Tour (LET) at the Gant Ladies Open.

Aura Golf plays host to the eighth event of the 2021 LET season which sees 112 players from 28 countries teeing it up in a 54-hole stroke play format.

With a busy season so far, the Helsinki native is grateful to have a week back in Finland and is looking forward to being able to play at home on the LET.

“It’s really nice to be in Finland as it is the first time ever for me to compete here as a professional on the LET. We played some events here on the LET Access Series and I have really good memories of those. My season is so busy right now, there is a lot of traveling and with the Majors and Tokyo coming up it is nice to be in Finland for one week,” said the 30-year-old.

“Life on the road this year has been great. It has been stress-free because mostly I have been hitting the middle of the bat and have been hitting a lot of greens and fairways. I have got family and friends coming to watch and my coach and physiotherapist are around here at the same time, so it is a good preparation week too.”

Nuutinen has had an exceptional season to date with six top-ten finishes on the LET and she sits second the in the 2021 Race to Costa del Sol standings and LET Solheim Cup points rankings.

The Finn will be starting her first round at 8.56am from the 10th tee and will be teeing it up alongside compatriot Matilda Castren and England’s Alice Hewson.

“It is nice to play with Alice again because she is right there in the battle for the Solheim Cup. I am excited to play with Matilda because we have not played together since we were amateurs and I have seen her scores on the LPGA, so I want to see what is so good about her game,” she said.

“On this course you need to hit it straight off the tee and the greens are not too big either. Especially the areas where they can put the pins, there is not a lot of room so I would say middle of the green all day every day is good here.”

Another Finn hoping to have a good week at home is Ursula Wikstrom, who finished T2 at the 2021 Ladies Italian Open.

She explained: “It has been ten years since we played here so it feels amazing to sort of host other players in my home country. The course seems to be in a really good condition and the weather is perfect, so I am very proud we have a tournament here.”

Wikstrom will be playing alongside 2021 Race to Costa del Sol leader Atthaya Thitikul, who won the Tipsport Czech Ladies Open, and Marianne Skarpnord – who won the individual event at the Aramco Team Series – London last week.