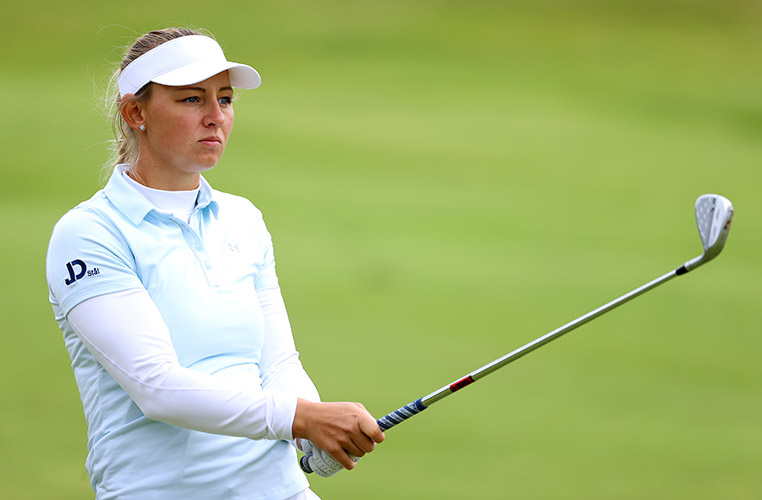 Denmark’s Emily Kristine Pedersen extended her lead at the top of the Race to Costa Del Sol official rankings with a career best T11 finish at the season’s first major, the AIG Women’s Open at Royal Troon.

Pedersen, who won her sole title on the LET at the 2015 Hero Women’s Indian Open, in the same year that she was the LET Rookie of the Year, has had a successful two weeks up in Scotland – backing up a runner-up finish at the Aberdeen Standard Investments Ladies Scottish Open with a stellar performance against a world-class field.

She leads by as many as 75 points after five events from Spain’s Azahara Munoz, who made a move of her own courtesy of a T39 place finish, leapfrogging Julia Engstrom and Manon De Roey in to second place on the rankings.

The Solheim Cup star may not be competing in the Tipsport Czech Ladies Open this week but is in a prime position to contend for the inaugural title when the final stop, the Andalucía Costa del Sol Open de España Femenino, takes place at her home club, Real Club de Golf Guadalmina, located in the Malaga town of San Pedro de Alcántara.

Germany’s Caroline Masson is the highest new entry in the official rankings, debuting in 12th position. The 31-year recorded the highest finish of any LET member, closing the week in T7.

South Africa’s Ashleigh Buhai, who tied Emily Kristine Pedersen’s performance (T11) at Royal Troon, made one of the most significant moves of the season, moving from 36th place and in to the top ten (9th), while Englishwoman Jodi Ewart Shadoff jumped 61 places to 64th as she tied Munoz in 39th spot.

The race is on, and with Pedersen set to tee it up a the 2020 Tipsport Czech Ladies Open this Friday, she is one of the top targets to catch as the season continues its journey.

Check out the full rankings HERE