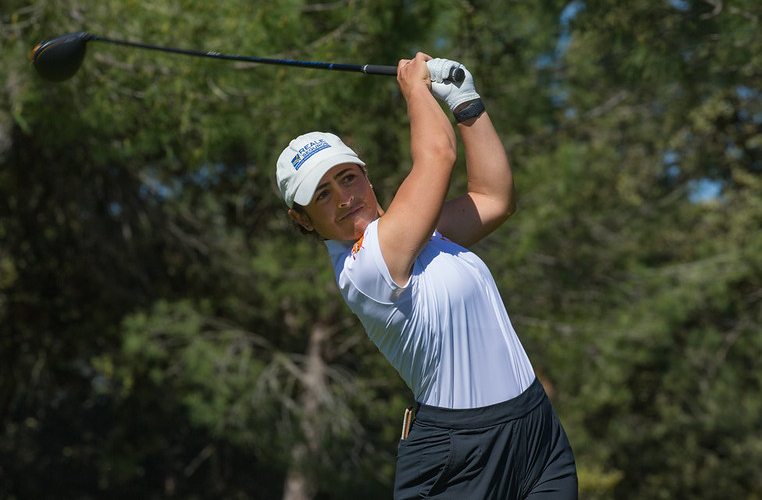 Newly crowned LET winner Ana Peláez cannot wait to return to the competition where she made her professional debut last year.

The Spanish rising star turned professional and made her bow in the Aramco Team Series – Sotogrande last August where she finished T42 in the Individual competition.

After winning the Madrid Ladies Open last week, Peláez admitted it was a ‘no-brainer’ to fly and tee it up in the Aramco Team Series – Bangkok at Thai Country Club.

“The experience in Sotogrande was great last year, I had a great team and having my family and my team there gave me that taste of what the golfing world was like,” said the 2015 PING Junior Solheim Cup player.

“It took me about five minutes to make the decision. I had to make sure I could get all the paperwork in place but here I am. It was a no-brainer to come here though, I love Aramco Team Series tournaments!”

There has been a slight tweak to the format for 2022 with the Individual competition still being 54 holes, but the Team event will now be 36 holes.

The Team winners will be crowned at the conclusion of the second round and there will be a cut to the top-60 professionals and ties for the final round of the Individual competition on Saturday.

Peláez was chosen by Solheim Cup stalwart Caroline Hedwall to be part of her team and they will also be joined by France’s Manon Gidali and Indian amateur Lalit Kumar Gupta.

“My captain is Caroline Hedwall, I’m looking forward to winning again,” she continued. “I love winning, that’s what I play for so hopefully we can get the win this week as a Team and hopefully Individual as well.

“I’m super-curious about anything in Caroline’s career, I find her such an interesting player and I’m super-excited to be in her team, I’m also really thankful that she picked me.

There are 78 professionals and 26 teams competing this week with five Thai players in the field including Major winners Patty Tavatanakit – who is number 13 in the Rolex Women’s World Golf Rankings – and Ariya Jutanugarn, two-time LPGA Tour winner Moriya Jutanugarn plus Chanoknan Angurasaranee and Chonlada Chayanun.

Marianne Skarpnord, who won the Individual event at the 2021 Aramco Team Series – London, tees it up in the format once again as is Argentina’s Magdalena Simmermacher, who is second in the 2022 Race to Costa del Sol.