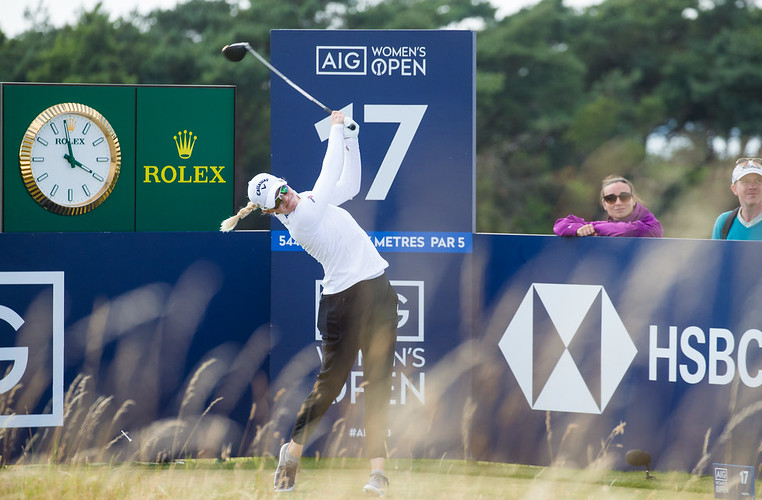 Sweden’s Madelene Sagström fired the joint-best round of the day with an excellent 65 (-6) on day two of the AIG Women’s Open.

The 29-year-old moved herself into contention at the halfway point of the final Major of the year, but what was the key to her round? That’s simple. Putting.

“Putting,” she said. “Putting, putting, putting. I did miss two quite short putts, but I putted really, really well today and that helped my momentum.

“I was hitting it good enough to give myself some chances and keeping it in play. I didn’t hit in the bunkers today which helps in links golf but putting was the thing.”

The Solheim Cup winner got into the groove late on her front nine with a birdie on the fifth before three in-a-row on holes seven through to nine.

“Weather is always a factor, and we all know that at the end of the day, it probably evens out, but it’s beautiful out there right now,” she continued.

The Swede heads into the final two rounds just one shot off the lead, but it is not something she is unaccustomed to as she finished in a tie for second place last year at Carnoustie.

She added: “For the weekend, I think just going out and giving myself a chance and to keep hitting the shots. It’s more important this week, going out, making the decisions and trying to hit the shots and then hoping that I pull them off.