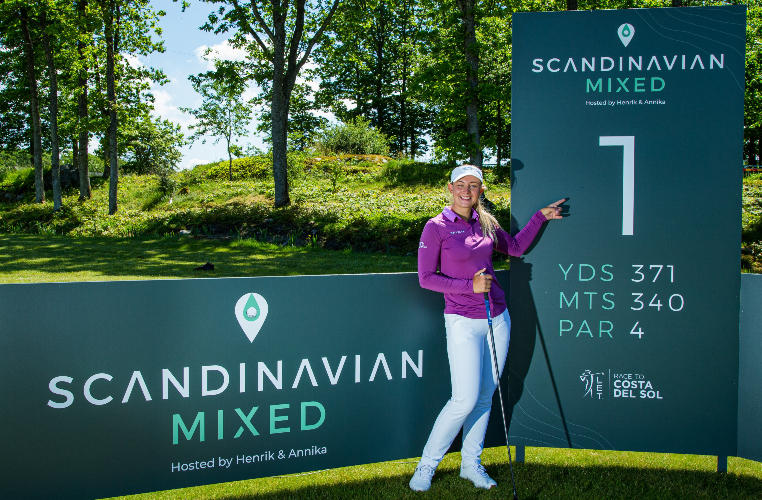 The 2020 Race to Costa del Sol champion Emily Kristine Pedersen begins her 2021 LET season this week at the Scandinavian Mixed.

Pedersen comes into the tournament having played at last week’s US Women’s Open where she finished T23.

She said: “I’m feeling good. I’m glad to be in Scandinavia, the tournament is three hours from my house and it’s really nice. I got here yesterday after flying from San Francisco, but I’m really happy to be here.”

The Danish star had always targeted the Scandinavian Mixed to be the tournament to kick off her 2021 season. Pedersen romped to the Race to Costa del Sol last year winning five trophies and four individual titles at the back end of the season.

“I’m super excited, I really wanted to come back to this event and to come back and defend the Race to Costa del Sol,” she said. “It’s such a good sponsor for the LET and I’m glad to support it and hopefully I can defend it this year.”

With all the Ladies European Tour (LET) and European Tour players competing on the same stage for the same trophy and the same prize fund, Pedersen hopes the profile of the women’s game will rise through the event.

She said: “It’s always fun to play against the boys. It’s good to be back doing it and it’s going to be exciting with how the course is set up. It’s great that women and men are playing together and it’s going to be really interesting to play in the same field. Hopefully, it will especially raise the women’s game a bit and I hope that it’s going to be a success and there’s going to be maybe a few more in the future.”

The Scandinavian Mixed is being hosted by Annika Sorenstam and Henrik Stenson and Pedersen was part of Team Europe at the 2017 Solheim Cup when Sorenstam was the captain.

The Race to Costa del Sol champion believes the game will continue to grow and it’s great to have both players teeing it up this week.

She added: “I think it’s awesome. Annika was my Solheim Cup captain in 2017, so it’s great to see that she’s out playing. I was really hoping I was going to be paired with her this week!

“It’s great to see her and Henrik doing this for golf. It’s growing both the LET and the European Tour and it’s good to have the stars there. Henrik is so cool, he’s the iceman. I really hope that I play well and he’s going to play well so maybe I can play with him and get to learn from him at the weekend.”