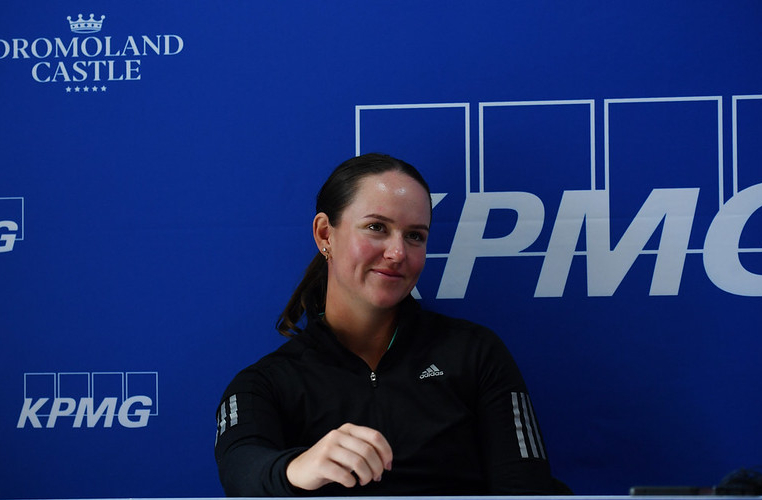 Sweden’s Linn Grant is having an excellent rookie season on the LET and sits atop the 2022 Race to Costa del Sol rankings.

The 23-year-old has notched four victories this season with her first coming at the Joburg Ladies Open before winning the Mithra Belgian Ladies Open, the Volvo Car Scandinavian Mixed and last month, the Skaftö Open.

Last time out, Grant finished in second place at the VP Bank Swiss Ladies Open but had an unusual build up with no practice rounds before the tournament.

However, after having a week at home, the Swedish star has been working on her game and is fully prepared for the KPMG Women’s Irish Open.

“I was home practicing last week,” she said. “The week prior to Switzerland, I had a week off before that and I didn’t touch a club or do a practice round.

“Even though sometimes you need the rest and it’s nice to show up and not expect anything, I feel like I still didn’t get what I wanted out of it, and I needed a week at home to practice and be prepared for this one.”

Grant, who tees off at 8.20am local time alongside Pia Babnik and Liz Young, currently has 3,353.91 points in the Race to Costa del Sol ahead of her compatriot and friend Maja Stark.

And with Stark on the LPGA Tour for the next few weeks, the four-time LET winner has the opportunity to further extend her advantage.

Dromoland Castle is the host for this week’s event which sees the LET back in Ireland for the first time since 2012 and Grant is happy to be here.

She continued: “I’m excited. It’s a pretty course, they have really done a good job this week and I really look forward to playing and getting some good game going.

“The pro-am was fun, I played with the president, plus the ladies’ and men’s captain – we had good fun, they enjoyed it and they played really well.”