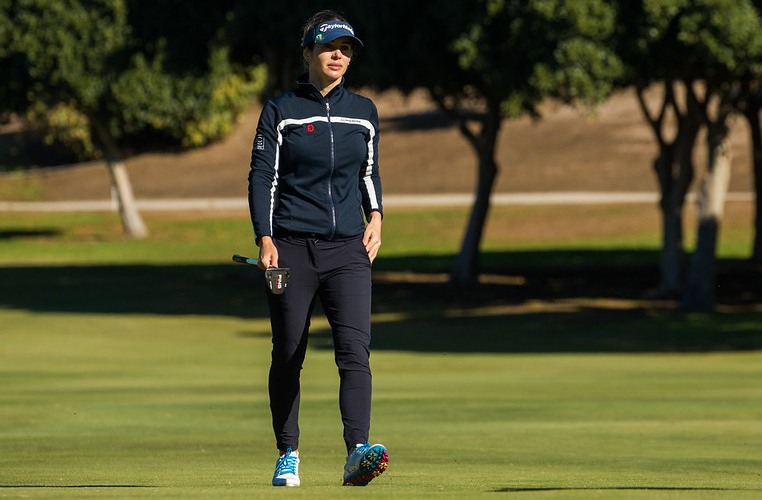 On Tuesday, Spain’s Beatriz Recari made it official. The Gainbridge LPGA at Boca Rio, the event nearest her U.S. home in Miami, will be her grand finale. The 34-year-old from Pamplona will officially retire from the LPGA Tour after this week. She does so with three LPGA Tour wins and one Ladies European Tour victory in a 16-year professional career.

Fighting emotions, Recari said, “After a bit of soul searching, I felt like it was the right time for me to move on. You know, enjoy all the good moments that I have on the course and the not-so-good moments, because they had a lot of silver linings. This game has been such an important part of my life that I’m so excited to be here and have a little bit of closure and have the opportunity to do so.

“It would’ve been okay if I hadn’t had this opportunity (to close out a career this way), but if I’m given the chance to be again on the golf course and have that one last feel of what it is competing at the highest level, it’s such a blessing that I’m going to take it and just enjoy this last week.”

Recari started on the LET as an 18-year-old in 2006 while also studying economics at the University of Navarra. That came after victories at the Women’s Spanish Amateur and the Women’s French Amateur Championships.

But all was not rosy in her life. In 2007, her health failed and she had to face a hard reality. Weighing under 100 pounds with her hair falling out, Recari accepted that she had an eating disorder. After lots of work and plenty of support, she battled back. She won the Finnair Masters on the LET in 2009, and then joined the LPGA Tour where she won in 2010 and twice in 2013. Just before her victory at the 2013 Kia Classic, she was introduced as an ambassador for the Alliance for Eating Disorders Awareness. For many, it was the first time they knew of Recari’s struggles.

Now, after many hip, back and leg-related injuries, the most recent of which required a couple of surgeries, the Spanish star is comfortable with her past and her future.

“I think that being on the LPGA Tour and accomplishing many things, that has always been my focus. Combined with this time away from the golf course because of my injury and also because of the pandemic, I felt like I got to experience other things and got to appreciate what I’ve done, too. When you are in this bubble of one season after the next after the next and every year we have more tournaments, the competition is bigger, you know, it’s hard to kind of see anything outside.

“This time away has given me the opportunity to value other things that I want to explore and see, and just have time for other interests that I have. I guess my priorities have changed.

“I always thought that whenever I wanted to retire from golf, I would feel it. It was something that was more and more obvious as the months passed. Even when I got the okay to practice and play again when I recovered from my injury, it was obvious that time had, or this passion had kind of faded and that I didn’t have the drive to get up and work on my game as much.

“I have always loved to give it my all. Whatever I did in my life I always wanted to give 100%. So, if I’m not interested in giving 100%, I think it’s time to do other things and enjoy all the things of life. I’ve had the opportunity to experience this time away from the golf course and reinvent myself. I guess that’s the best way to say it.”

What has the new Beatriz reinvented herself into?

“I’ve always loved art,” she said. “I’ve always loved studying. I studied one year of economics in my home university when I was 18, at the same time as I was playing on the LET. So, I’ve been able to have time (recently) to do all these interests that I’ve always had and postponed because of playing the LPGA Tour. That has been the main focus and you have to commit and give it your all and just focus on that alone.

“How would I describe myself? I guess I’m a little bit more open. You know, when you’re competing every single week, and plus me, I would describe myself as very disciplined and very hard working so I feel like it has given me the chance to be a little bit more relaxed, not worry about having a late dinner and going to bed at 11:00 pm. I’ve always been very German-like in that way: very structured, very disciplined, always have to follow what you would envision as the perfect athlete.

“Now, I’m a little bit more relaxed. I’m still obviously responsible, don’t take me wrong. People from the outside would say, ‘Okay, she’s normal now. Before she was like a little bit of a freak and too much practice and tests and documents and analytics and stats.’

“But, yeah, I guess I’m a little bit more easygoing.”

Read the article on LPGA.com here.