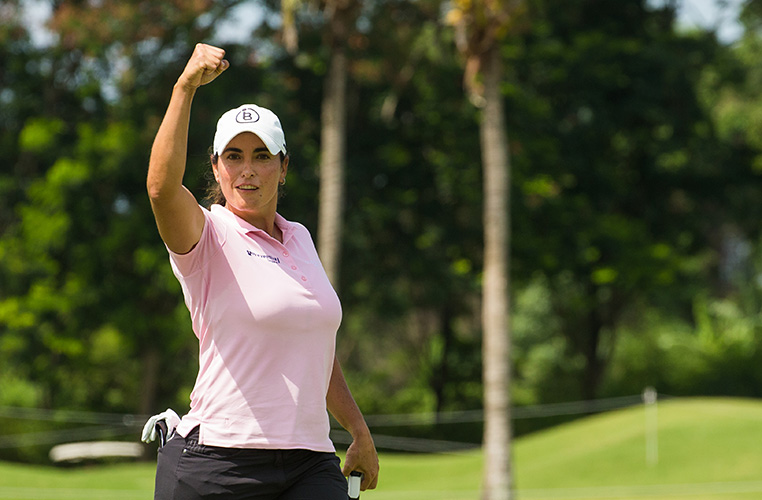 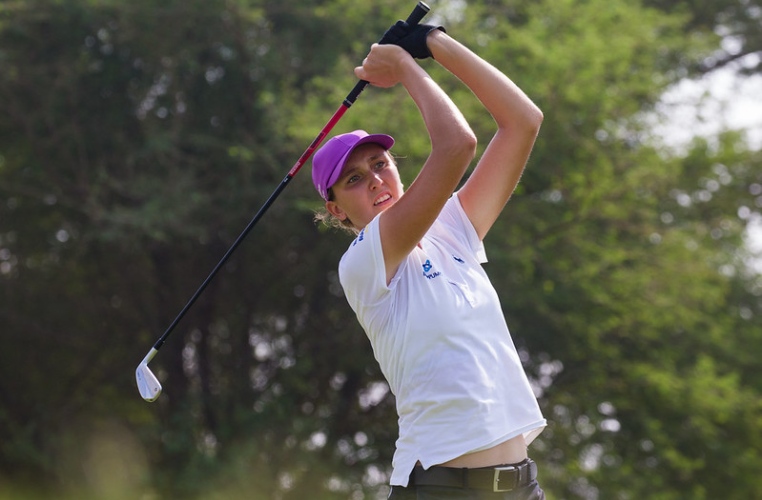 REIGNING CHAMPION BABNIK ON THE HUNT FOR MORE JABRA JOY 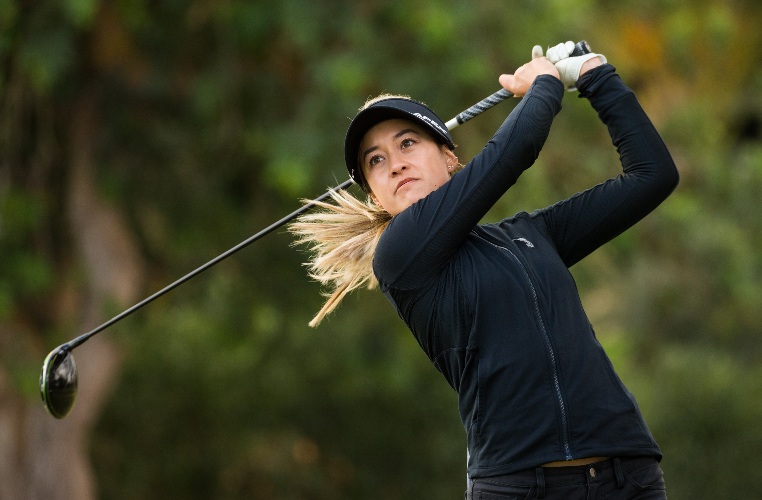 This time last year, Gabriella Then would never have dreamed that she would be about to embark on a season on the LET, or even play golf professionally again.

Having missed out at LPGA Q-School in 2019, the USC graduate took some time away from the game in 2020, with her hopes of living her dream on course looking to have dwindled away.

But that burning desire to perform at the highest level eventually proved too much at the start of 2021, as she brushed off the dust from her bag, polished her irons once again, and started to rekindle a feeling for the sport she once loved.

“At the end of 2019 I hadn’t passed Stage I of LPGA Q-School, so after that I basically quit golf,” Then recalls.

“I hadn’t played and hadn’t done anything, and I didn’t start up again until about February or March (of 2021), so I started the year with no status.”

From that initial reboot last Spring Then never looked back, with the 26-year-old soon getting back into the swing of chasing pins and sinking putts as the year progressed.

And the burgeoning talent that saw her compete on the Symetra Tour in 2017 and 2018 was plain to see almost the second she got back into her groove, with victory on the Cactus Tour in May confirming her decision to give golf a second go was a good one.

Another win followed a matter of weeks later at the Kathy Whitworth Paris Championship on the Women’s All Pro Tour, before the Californian made the journey over the Atlantic to pit her wits against all the other hopefuls trying to secure their passageway onto the LET at Q-School.

After two gruelling weeks at La Manga Club, in which she traversed both the North and South courses with aplomb, Then rose to the top on the final day of a mammoth five-round Final Qualifiers event, to secure her place on the LET for the 2022 season.

And with a record-breaking LET schedule to look forward to this coming year, with the greatest number of tournaments and prize money in the organisation’s 44-year history, she is raring to get going on her first ever season on tour.

“It’s amazing, I can’t believe it’s happening, it was my first time playing in Spain and in Europe so I’m excited for the year ahead,” she said.

“I’m excited to see the new countries and cultures, and also all the new golf courses, it’s going to be a new experience for me because I’ve only been playing in the US for the majority of my professional career, so there’s lots of things to look forward to.”

You’re always told to never give up on your dreams, and Gabriella Then is proof that you should never know when you’re beaten, because there is always another opportunity lurking round the corner.

After years of dedication and anticipation, she’s about to finally live her dream and compete on the highest stage, but many of you might not know much about the latest star to join the tour, so here are a few quick fire questions with the LET Q-School winner.

I love Japanese food – sushi, all that good stuff.

Favourite club in the bag?

Everyone calls me Gabby, just because it’s shorter than Gabriella

I have a lot of great home courses, like Big Canyon Country Club and San Gabriel Country Club, but one of my favourite courses I’ve ever played is Augusta National, which has to be the top.

It would be my grandma who was one of my biggest supporters throughout my career, and even though she passed away a couple of years ago I know she’s always with me

That’s easy, number one would be Tiger Woods. I was watching his swing from the PNC Championships and I just wanted to copy that, he’s so good.

I would also say Arnold Palmer because I’ve also met him and talked to him and he was amazing, and the third one would be my sister to join me.

And Adele as well, if I could sing like Adele… I don’t need to play golf!