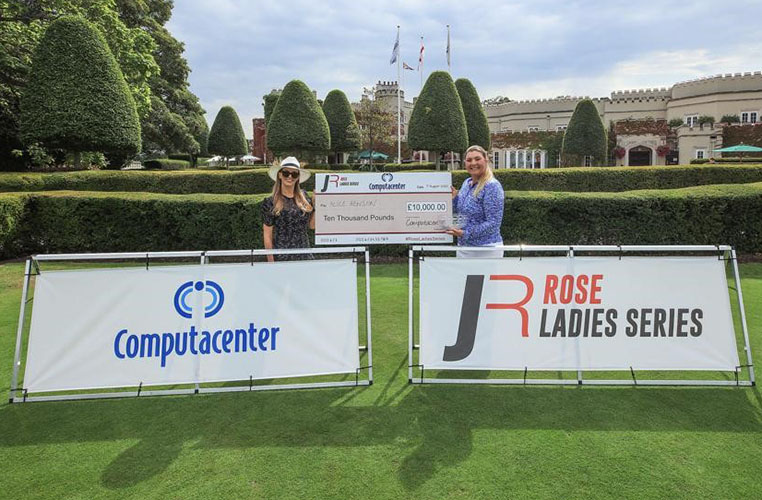 After an amazing eight week Series of events across 10 glorious golf courses, the Rose Ladies Series Grand Final was due to conclude with three rounds on 5-7th August across North Hants Golf Club, The Berkshire and the top 35 cut through to Wentworth Club on the prestigious West Course.

During the final round on Friday 7th August, play was suspended and the golf course was evacuated as a major incident in the form of a wildfire, that originated from Chobham Common, ravaged across 50 hectares of heathland and spread on to Wentworth’s West Golf Course. Thanks to the quick responses from local emergency services, Wentworth Club staff, Excel Sports Management event staff, and all players, caddies and volunteers on course, everyone remained safe and well.

The Rose Ladies Series organisers made the decision to suspend play with a view to returning for a shotgun start at 9:30am on Saturday 8th August to conclude the outstanding final round.

Devastatingly, the wildfire continued late in to the night of Friday 7th August with emergency services continuing to battle the blaze and evacuate many nearby homes. Neil Coulson, General Manager of Wentworth Club, attended a major incident command centre meeting with the Chief Inspector of Surrey Police and a Silver Incident Commander of the Fire Brigade. It was declared that due to the ongoing fire risk Wentworth Club West Course must remain closed on Saturday 8th August and the final round of the Rose Ladies Series could not be concluded.

Excel Sports Management event organisers, together with Kate and Justin Rose, worked through the night to try and find a suitable alternative date for both the venue and players. However, with the imminent recommencement of a packed Ladies European Tour and LPGA schedule, it proved impossible to do so.

The very difficult decision was therefore made to revert the event to 36 holes and conclude the tournament after Round 2 scores at The Berkshire.

As Justin Rose said: “Our mission was to serve the ladies and provide an opportunity for them to play and sharpen up for their respective seasons. So the last thing we want to do now is create a burden for them having to fit in the final round at a later date. A natural act of god forced us to this point and Kate and I wish the ladies all the best as they prepare for their upcoming events.”

Therefore, Alice Hewson was proclaimed the winner of The Grand Final supported by Computacenter, and Charley Hull the winner of the American Golf Order of Merit of the Rose Ladies Series 2020.