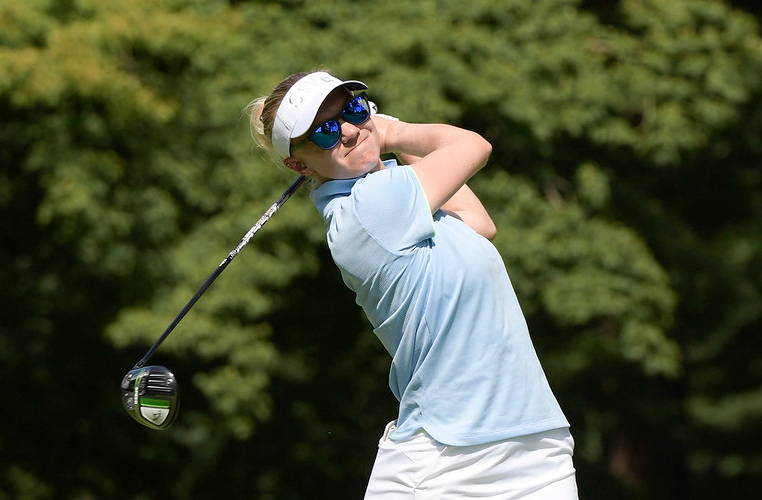 Sweden’s Madelene Sagstrom fired a first round of 66 to lead the Olympic Women’s Golf competition by one stroke.

The 28-year-old opened her round with a birdie on the first hole, followed that with back-to-back birdies on five and six, and added another at nine to make the turn in 32.

Sagstrom also rolled in another birdie on the tenth hole to put her on five-under-par for the tournament and one stroke ahead of American Nelly Korda and India’s Aditi Ashok.

“I would say mostly the short game was kind of my saviour. I was striking the ball alright but not great, so having a strong short game and just giving myself chances – solid par chances was the key to my round today,” said the 2017 European Solheim Cup player.

“This course is beautiful. The condition of it has been perfect from the start. I like long golf courses in general and it fits my game really well. I’m very excited with the layout, it suits my eye, and the greens are rolling phenomenal which works with my putting too.”

Korda, who is number one in the Rolex Women’s World Golf Rankings, produced a round of 67 which included six birdies and two bogeys to be four-under-par.

She explained: “I’m hoping I’m in total control, it’s golf at the end of the day. I kind of sprayed some shots out to the right on my last two holes with my irons, but you’re going to have that. You’re going to lose a little bit of concentration, but I’m going to go to the range after I cool off inside for a bit and then try and work on it.”

Sat in the leaderboard alongside Korda is India’s Ashok, who is competing at her second Olympic Games having made her debut in 2016.

The three-time LET winner made two birdies on her front nine and followed that with three birdies and a bogey on her back nine to be four-under-par after the first day.

“Last time I think it was more just enjoying the experience and staying at the village, seeing all the other athletes, but this time I think I’m definitely here to have a good finish, hopefully give my best, try and win a medal,” said the 23-year-old.

One shot further back on three-under-par are Finland’s Matilda Castren, Spain’s Carlota Ciganda and South Korea’s Jin Young Ko, while there are nine players tied for seventh place on two-under-par.

Keep up with the live scores via the IGF website here.