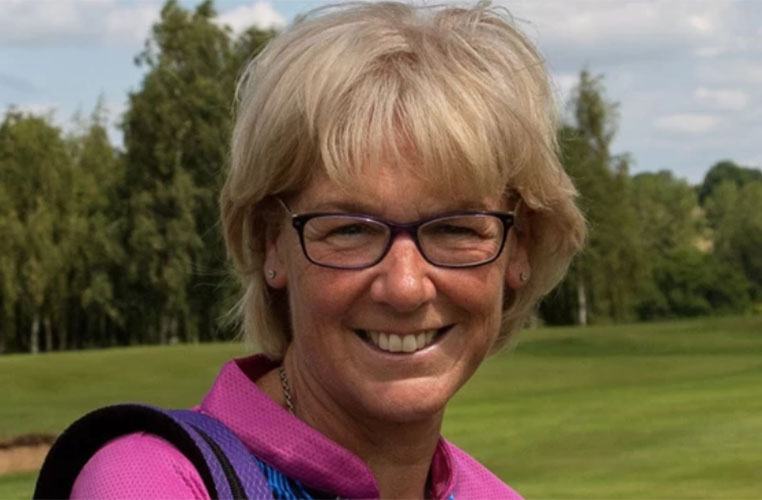 Sarah Bennett will follow in the footsteps of her close friend and mentor Beverley Lewis when she becomes the second female to Captain The PGA.

Bennett, 51, is the head teaching professional at Three Rivers Golf & Country Club and will become Captain of the Association in 2022, replacing Bernard Gallacher when his reign comes to an end next year.

“This is the proudest moment in my golfing career,” said Bennett, who holds Fellowship status of The PGA. “The news came totally out of the blue and was a shock.

“I was preparing to play in the WPGA Championship when I found out. I received a voicemail from PGA Chairman Alan White after my practice round. I returned his call immediately, my initial thought was it was tournament-related, he then told me the news. I was stunned but I am extremely honoured, humbled and immensely proud to captain this historic Association.

“Being appointed Captain Elect of The PGA had never been on my radar or something I had ever considered, following in the footsteps of legends in the game is something I will cherish forever and I will do my upmost to continue to promote golf in its entirety and grow women’s golf at all levels of the game.

“As a PGA Professional you strive to be the best you can and advance your career, offering the best for your clients and members. Having those three letters after your name demonstrates dedication and commitment. I have always enjoyed the challenge and hard work having so much respect for this organisation since I first became a Member in 1990.”

Beverley Lewis became the Association’s first female Captain in 2005. She coached Bennett as a junior and the two (pictured above) remained close friends until Lewis sadly passed away last year aged 71 after a long fight against leukaemia.

“It means so much to me personally following in the footsteps of my role model Beverley Lewis,” Bennett continued. “If it wasn’t for ‘Bev’ I wouldn’t be where I am today.

“She used to coach me in her garden when I was 15 and we used to discuss my swing in her kitchen, I really tested her knowledge! She was always there for me as a mentor and friend, offering advice, support and encouragement during my career and four years out due to my illness.

“I will have big shoes to fill following on from Bernard Gallacher next year, but I look forward to working alongside him as vice-captain in 2021, preparing for what will be the biggest role in my career.

“I am excited and can’t wait to commence my ambassadorial role representing the association at major events on The PGA schedule.”

After being told she should not play golf again due to her sudden onset of Vesibular Impairment, which forced her out of work for four years, Bennett proved the medics wrong. Bennett worked through years of rehabilitation, demonstrating her tenacity.

As well as being a dedicated and well-respected coach in the Essex region, a former under-18 East Regional England coach and Ladies European Tour player for 25 years, Bennett is well-known for the hours she devotes to helping the less fortunate. She won the Association’s Toby Sunderland Award in 2018, an accolade given annually to celebrate the many wide-ranging charitable achievements by PGA Professionals across Great Britain and Ireland.

Bennett’s work for charity over the years has included the Golf Fore Recovery initiative for wounded and sick Armed Forces personnel and Canine Partners. More recently, she lost her close friend, Wendy Lodder (pictured above), to Thymic Carcinoma an extremely rare form of cancer, raising more than £20,000 to fund research into the disease.

Commenting on Bennett’s nomination as PGA Captain, the Association’s Chief Executive, Robert Maxfield, said: “Sarah was a unanimous choice to become Captain of The PGA in 2022.

“Throughout her career as a PGA Professional, Sarah has demonstrated her excellence as a coach and devoted a huge amount of time helping people of all ages, ability and background into the game.

“Sarah’s tireless voluntary and charity work make her a great role model for all PGA Professionals to look up to. She has been a loyal ambassador for the Association and I know she will prove to be a very popular and successful Captain.”