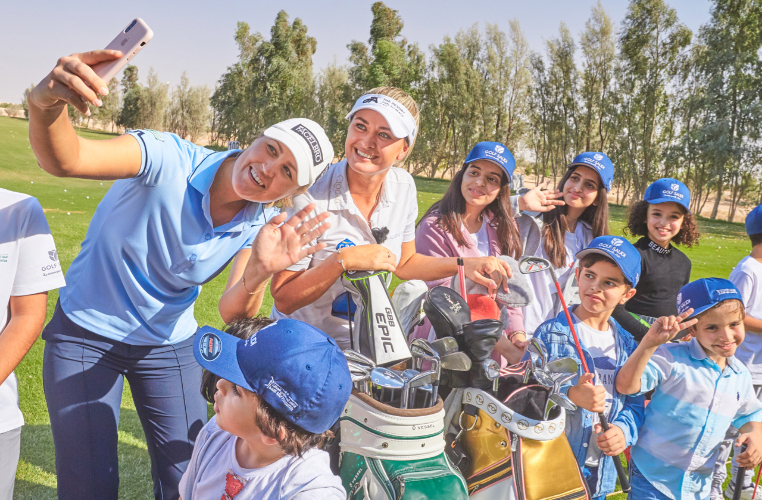 Saudi Arabia is to host a world first $1.5million prize-fund Ladies European Tour golf week in what promises to be a landmark moment for women’s sport in the Kingdom.

Held within a safe bio-secure environment, both tournaments will attract many of the world’s best golfers to King Abdullah Economic City (KAEC), and will be the first time in women’s golf history that professional players – themselves competing in the Kingdom for the first time – will partner with amateurs in the all-new team and individual format promised for the Saudi Ladies Team International.

The events will be Saudi Arabia’s third and fourth professional golf tournaments in less than two years. The country held the debut Saudi International powered by SoftBank Investment Advisers in 2019, with Northern Ireland’s Graeme McDowell winning 2020’s hosting in January.

November’s consecutive tournaments take women’s golf into another new territory and will see players compete for what will be the LET season’s biggest purse after only the British and Scottish Open.

Alexandra Armas, Ladies European Tour, CEO, said: “We are extremely excited to be part of history in bringing the first-ever professional women’s golf event to Saudi Arabia and we are thankful to their commitment to deliver not one but two tournaments, in what has been a difficult year for golf.

Originally planned for March, the Aramco Saudi Ladies International presented by PIF will be the Ladies European Tour’s debut event in Saudi Arabia. It will attract more than 100 of the world’s best golfers, and with a $1million prize fund will be the 2020 Tour’s third highest paying event.

The format of the Saudi Ladies Team International will be revealed in upcoming weeks, with the three-day event set to feature professional players teaming-up with amateur golfers, together competing for a share of a $500,000 prize-fund.

His Excellency Yasir O. Al-Rumayyan, Chairman of the Saudi Golf Federation and tournament organiser Golf Saudi, said: “As we all know the first half of this year has been extremely trying on businesses, organisations and nations worldwide, with sport affected greatly. However, we are thankful to both PIF and Aramco – who are equally determined to give elite level sport the platform to continue to flourish, both here in Saudi Arabia and abroad, and never more so than now – which makes us proud to be throwing our full weight behind both the Saudi Ladies International and the Saudi Ladies Team International.”

Wales’ Amy Boulden will be taking part in both of events, fresh from her maiden LET win at this month’s Swiss Open.

She said: “This type of commitment to women’s golf is really amazing to see at this time. It’s given players another massive week to look forward to competing in and allows us to take the game we love to a new country where we can play on what is a truly incredible golf course with one of the most picturesque views you’ll see on Tour.

“To throw their weight behind two events in one week is a really significant gesture from a country I know is passionate about growing golf, and I can’t wait to get out there playing.”

The tournaments mark the return of large-scale international sporting events to Saudi Arabia, with the country’s Vision 2030 seeking to utilise world-class live sport as a means of inspiring their next generation.

Golf and golf tourism are also considered massive growth markets for the country, which is now home to courses designed by the likes of Greg Norman and Jack Nicklaus.

Majed Al Sorour, CEO Golf Saudi and the Saudi Golf Federation, said: “Our vision is to grow golf across the Kingdom, and make it both accessible and enjoyable to all men, women and children. One of our key initiatives for this is hosting tournaments capable of drawing the world’s best players as a means of inspiring the next generation of young Saudis and Saudi golfers, so it is a great honour to be taking our next step on that journey by welcoming the Ladies European Tour to the Kingdom for November’s debut Aramco Saudi Ladies International presented by PIF and the Saudi Ladies Team International.”