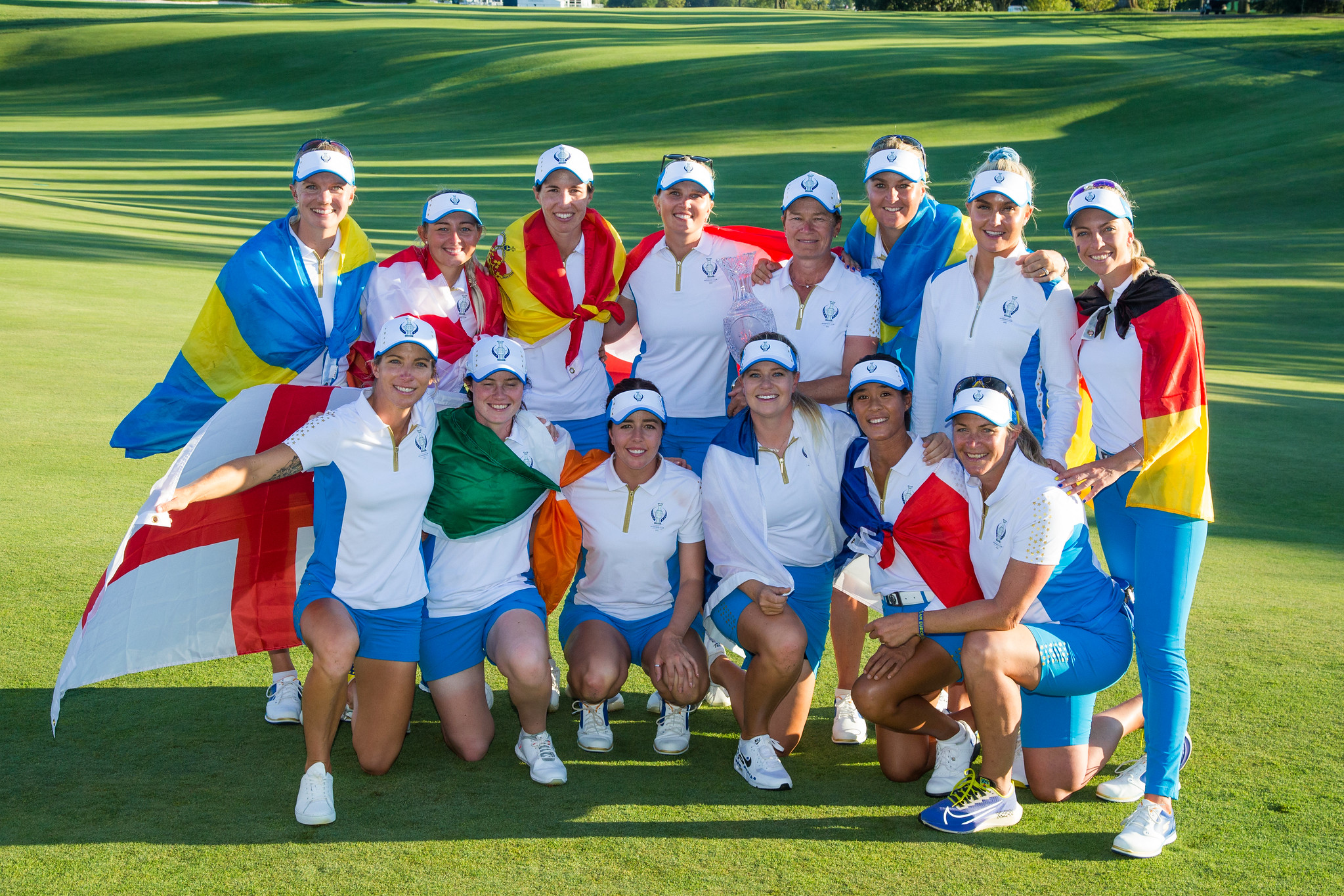 Sky Sports Golf will continue to show all five women’s majors, with more LPGA Tour and LET events than ever before being shown in 2022 live on Sky Sports.

Sky Sports has announced a three-year extension of its existing rights deals for both the Ladies Professional Golf Association (LPGA) and the Ladies European Tour (LET).

The Women’s Scottish Open and the Solheim Cup will be shown on Sky Sports Golf in a three-year deal extension (including 2021) up to 2023.

Women’s golf has continued to grow and attract big audiences, both on the course and on TV. The Solheim Cup this week has attracted 100,000 fans over three days and the AIG Women’s Open produced excellent TV numbers for an exciting final day, as did all three days of the Curtis Cup.

Jason Wessely, director of golf at Sky Sports, said: “Sky Sports has been a proud supporter of women’s golf for decades. Today we are pleased to announce new agreements with the LPGA and LET, both of which are adding new events to their schedules.

“One of the golfing highlights of this season was the thrilling AIG Women’s Open at Carnoustie when we showed more hours of coverage than ever before. Today the Solheim Cup reaches a conclusion – and it never fails to deliver drama and excitement, taking its place as one of the must-see women’s sports events on the calendar.”

Over 25 years of showing women’s golf Sky Sports will have broadcast 35 Women’s Golf tournaments including all five Majors, the Curtis Cup and the Augusta National Women’s Amateur. In 2022 that will increase with more LPGA and LET events than ever before, including the new Aramco Team Series and the visit of the AIG Women’s Open to Muirfield.

Alexandra Armas, Ladies European Tour, CEO, added: “We are delighted to continue our partnership with Sky Sports through until 2024. Over the last 25 years they have been a huge supporter of women’s golf and played a vital role in growing the game. The extension demonstrates their commitment to profiling the game and continuing as the home of women’s golf.

“World class content and an exciting fan experience is vital for us to engage with our fans and Sky Sports broadcast and digital platforms, provide the ideal channels to do this. It is important for us to have partners like Sky Sports, who share our vision for the future of the Ladies European Tour. We have gone through a period of growth and are mid-way through a record breaking prize fund schedule. We are excited to have Sky Sports as our key broadcast partner to help to continue to drive the Tour forward and keep women’s golf firmly in the spotlight.”