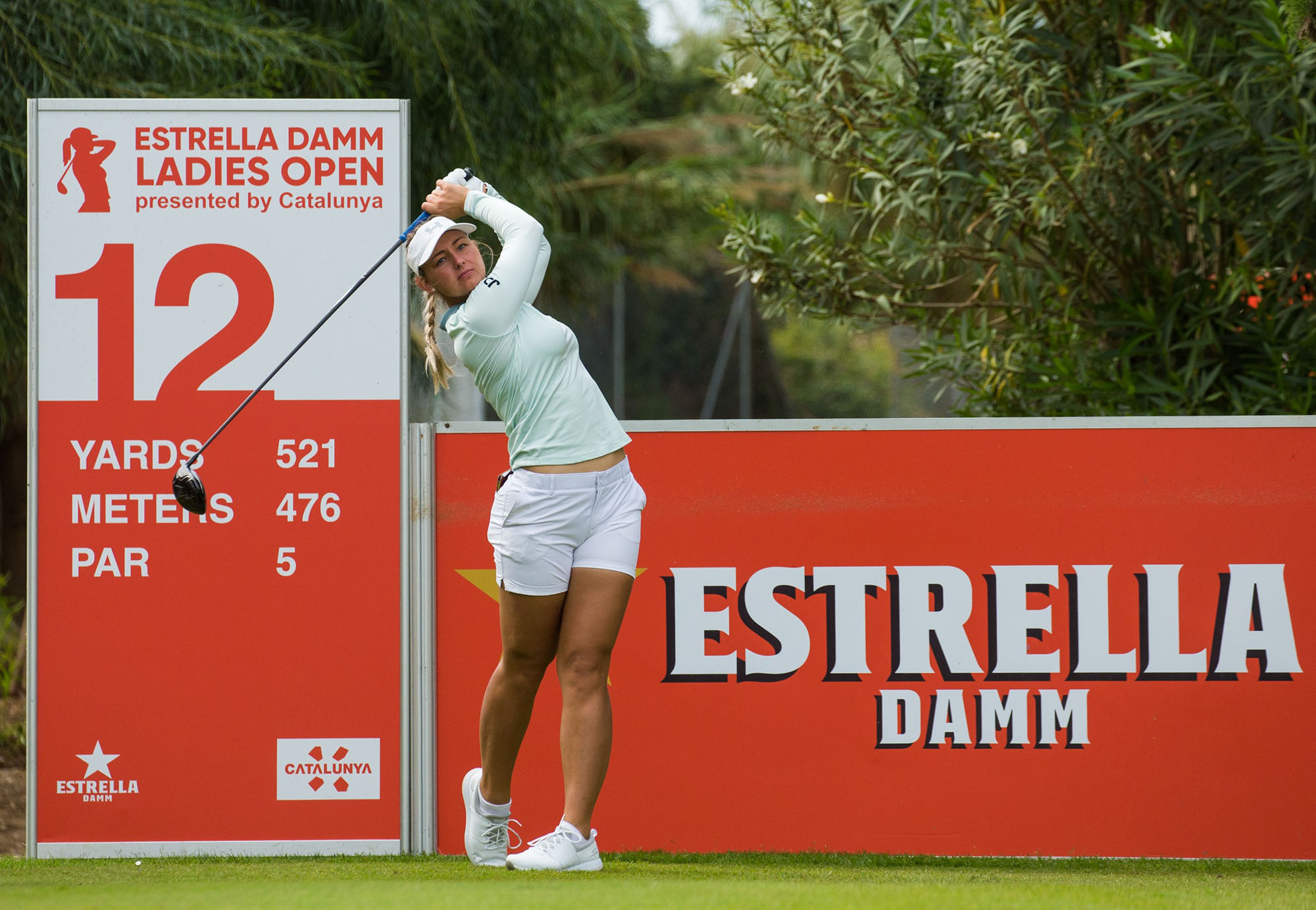 Emily Kristine Pedersen, who sank the putt which clinched outright victory for Europe against the United States in the Solheim Cup three weeks ago, headlines the field in this week’s Estrella Damm Ladies Open presented by Catalunya at Club de Golf Terramar in Sitges, Spain.

Despite rolling in the birdie putt which gave Europe a 15-13 success at Inverness Club in Toledo earlier this month, under the most intense pressure in her match against US superstar Danielle Kang, for whom her boyfriend Olly Brett was caddying, Pedersen is still pushing herself to become better.

In preparation for this week’s event, last year’s Race to Costa del Sol winner took a plunge into a freezing cold ice bath on Tuesday, to help her overcome nerves on the golf course.

“It was something I did to learn how to control my breathing when stressed and under pressure. It was a new technique to almost give yourself a panic attack and learn how to control it. It’s about putting yourself through something really uncomfortable, like going in zero degrees water and then controlling your breath, to simulate how it feels to be in contention or under the pressure of winning,” said the 25-year-old Dane.

Pedersen won four times on the LET in 2020, including at the season-ending Andalucia Open De España, but she is yet to claim an individual trophy in 2021.

“I want to win an event this year, or maybe a couple, trying to be in contention at least three times in the last five I’m playing. I’ll see where it takes me on the Race to Costa del Sol. It’s always hard with the ranking because it depends on how everyone else is playing,” she added.

“I always go into an event trying to win it. I know that my game is trending in the right direction, but it’s all about trying to be patient and not chasing it too much. I think the last couple of weeks I’ve been chasing it a bit too hard and I need to let it happen.”

Spain has been a happy hunting ground in the past for Pedersen and she is determined to qualify for her third Solheim Cup appearance when the next contest takes place at Finca Cortesin in Andalucia in 2023, when Team Europe will be targeting a third win in a row.

“I think the 2023 Solheim Cup in Spain will be awesome and hopefully I’ll be on the team. Maybe this time I can have friends and family come along to enjoy it, too. It is definitely a goal,” she said.

“European golf is growing and the level of golf is getting better. We went into the Solheim Cup having one of the best teams we’ve ever had and I think that’s going to continue.”

The 126-strong field includes players from 26 different nationalities preparing to launch their bid for victory at the Estrella Damm Ladies Open Presented by Catalunya.

This year, the players will be playing the new Terramar21 design by Martin Ebert, where the first, fourth and sixth tournament holes have been reformed around a new lake, which is the largest on any course in Catalonia.

With 31 players in the field that have secured an LET victory in the past, there will be no lack of quality on show this week in the Mediterranean, with competition at the top of the leader board likely to be as tight as ever.

Recent tournament winners in the field include Steph Kyriacou, Maja Stark, Pia Babnik, Alice Hewson and Amy Boulden, along with past champion Florentyna Parker, one of four former Solheim Cup players in the field.