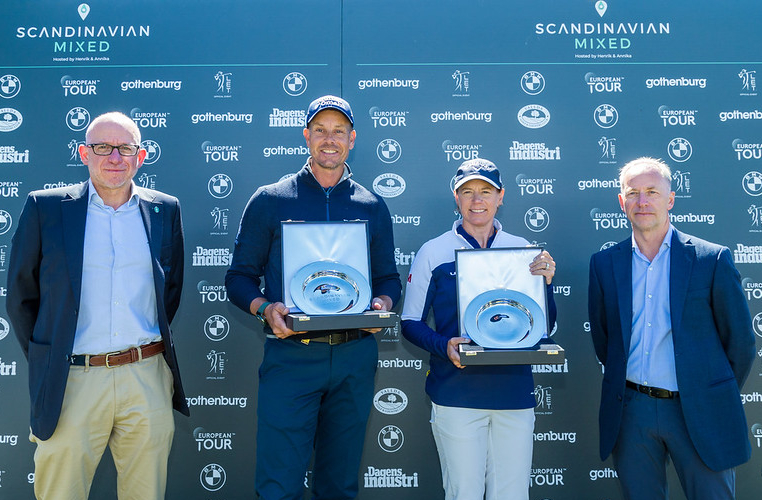 Annika Sorenstam and Henrik Stenson, who were the hosts of the inaugural Scandinavian Mixed which took place at Vallda Golf and Country Club last week, were thrilled with the first edition of the tournament.

Northern Irishman Jonathan Caldwell clinched his maiden European Tour title in the innovative tournament which saw 78 men and 78 women competing for the same prize fund and one trophy.

England’s Alice Hewson was the top-placed female golfer as she finished in third place – just two shots behind the winner.

The tournament opened women’s golf up to a new audience and showcased the LET players alongside the European Tour players, demonstrating what is possible in the world of golf.

Sorenstam, who won 17 LET titles in her career, expressed how delighted she was with the event and how proud she was of all the LET players.

She said: “I’ve enjoyed it very much, I think it really lived up to expectation and more. It has been great to be here, to finally play this tournament and see it come to life. To play with Henrik and Thomas (Bjorn) in the first two rounds was fantastic and the finish we had was some superb golf. It has been a first-class event from start to finish so super proud to be the host and to work with Henrik is always exciting and an adventure, it’s been fun.

“I’m so proud of the women this week, they played really well. It has been some tough conditions this week, especially the Saturday was really windy and to come out here and perform the way they did, I’m super proud. Overall, it showcased the men and women so well, I thought the setup was good. It really was a fair and true test. I think we are off to a good start.”

Stenson, who won the 2016 Open Championship, added: “It has been a great week. The sun has been out and we have been able to show off Sweden in a pretty good way. The players have been really happy and crowds that we could get on site seemed to have enjoyed it as well, as have I.”