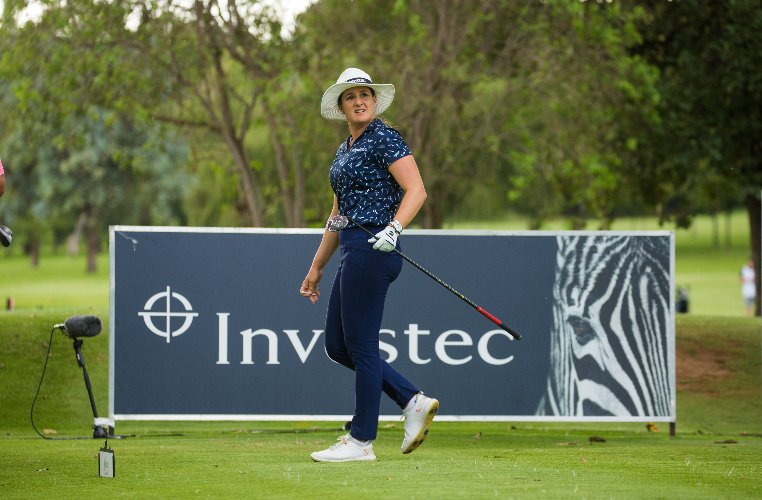 South African golf looks to be in rude health in 2022, with a number of players regularly competing on the Ladies European Tour, while the Sunshine Ladies Tour continues to flourish as it enters its ninth year.

Two players in particular that have been flying the South African flag across the world in recent years have been Nicole Garcia and Lee Anne Pace, with both regularly featuring in the leading group of LET events, with Pace winning the Order of Merit in 2010.

With ten LET tournament wins to her name, Pace has been something of a role model for any South African willing to follow a career in golf, with the Cape Town native paving the way for the next generation.

And having been on Tour for over a decade, the reigning Investec South African Women’s Open champion has seen the rise in popularity of the sport from when she began competing, with this week’s event prize money of €300,000 the highest ever for a women’s event in the country.

“It is fantastic,” Pace said. “Our Tour has grown immensely, not only the Sunshine Ladies Tour but also the LET. We have so many great events this year and it’s very exciting. Also, the events in South Africa leading up to the LET at the start of the year, it is amazing and so much more money is being put in women’s golf. It is really good, so thanks to all the sponsors.

“I have seen that growth happening mainly because I have been playing for 20 years. When I started there wasn’t any tournaments and there certainly weren’t as many people coming down to South Africa and competing in smaller tournaments.

“Everything has grown and we have so many talented golfers coming up through the ranks as well and I think it is mainly to do with the Tour. I think golf in South Africa is looking up for women.”

And despite her glittering career, which has seen her win titles in seven different countries, Pace is keen to play down her role in expanding the reach of the sport to her compatriots, but it is surely no coincidence the Sunshine Ladies Tour has shown such expansive growth since its inception in 2014, with two co-sanctioned LET events for the first time this year, as Modderfontein Golf Club also played host to the Joburg Ladies Open.

“I can’t say if I’m a role model, I think you’ll have to ask somebody else, but I think I maybe opened a few doors for women’s golf in South Africa through the years and playing well in the LET and golf maybe got a little bit more noticed,” she continued.

“We have really good golfers on Tour, Nicole Garcia finishing top 10 last week in a very strong field. There is Stacy Bregman, Lejan Lewthwaite, and Casandra Alexandra coming through who is are really talented golfers, but also not only the golfers already on Tour but there’s a couple of younger ones coming through who are fantastic – Caitlin MacNab is such a great golfer, give her a couple of years and she’ll be fantastic.”

The depth of talent in South Africa has been evident for some years, but with 21 players in the field for this week’s event, and Garcia and Bregman both finishing in the top ten in Johannesburg, it is clear to see the present, as well as the future, is looking bright in the rainbow nation.

Garcia is another talent to emerge from the country in the past ten years, as she emerged as a promising amateur in Gauteng Province, before earning her full LET card in 2015, as well as winning three Sunshine Ladies Tour events in the past seven years.

And having finished T3 in her hometown of Johannesburg last week, she is excited by the talent on show in her homeland, and believes the country could become a golfing hotbed in the years to come.

“In such a short space of time it has grown exponentially and hopefully it will just keep getting bigger and bigger and we can have more co-sanctioned events with the big Tours,” Garcia said.

“I remember speaking to the head of our Tour and speaking how great it would be to have one co-sanctioned event and now we have two and hopefully we can grow the others and possibly have two or three, it is mind-blowing. I’m really proud of the work that they have done.

“We have got great climate in South Africa which breeds great sportspeople. If you look at South African sport as a whole, we have a lot of great athletes.

“With this Tour, I’m hoping that the next generation there will be even more of us and we can become a little bit like the men where there are so many of them in the top 50, top 100 in the world which is something to be proud about.”

And despite so far not managing to achieve her maiden LET tournament win, Garcia always approaches the game in the right way, and hopes that mindset can prove to be influential for anyone hoping to take up the game.

She continued: “I hope I’m a role model. I don’t think I have performed as well as I wanted to in the last few years, but I have definitely met a lot of young girls who have enjoyed playing with me and the fact that I smile a lot and laugh a lot and the fact that most of the time I enjoy myself out here.

“I think that has inspired a lot of the younger generation which I’m happy about. You want success and you want to win, but if you’re not enjoying yourself there’s no point so hopefully, I have got that message across.”