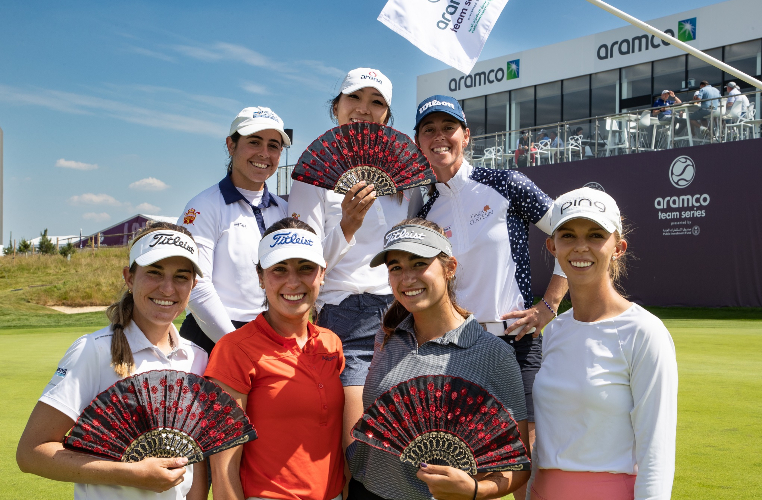 The Ladies European Tour’s Aramco Team Series presented by PIF will bring a host of Spanish stars back to the Costa Del Sol this summer when the latest of its five $1million tournaments returns to Sotogrande in August.

Fresh from a thrilling three days at the Aramco Team Series – London, the Series now turns its focus to the south coast of Spain, where a field packed with global golf superstars will battle it out for the second year in a row around the sensational La Reserva Club, Sotogrande.

Set to attract many of the biggest names in the women’s game, 2021’s debut event welcomed the likes of Major-winners and Solheim Cup stars Paula Creamer and Lizette Salas, plus English trio Georgia Hall, Charley Hull and Bronte Law, whose three-way battle at Centurion last weekend brought the Aramco Team Series – London to an epic conclusion, with Law eventually sinking a 50ft eagle putt to win.

While the big international names remain under wraps for the time being, the Aramco Team Series can today announce some of the hugely popular Spanish stars set to go head-to-head both as teams and solo players as they compete for a share of $1million, August 18-20th.

They will be led by five-time Solheim Cup stalwart and Spain’s top-ranked women golfer, Carlota Ciganda, who will be aiming to put in a strong home performance on a golf course just 20km from Finca Cortesin, host venue of the 2023 Solheim Cup.

And joining them will be breakout star and local hero Ana Peláez Triviño of Malaga, the 2022 Madrid Women’s Open champion, who turned professional only a year ago at the debut Aramco Team Series – Sotogrande.

Peláez Triviño said: “Coming back to play another Ladies European Tour event in Spain is going to be something really special, especially with it being the Aramco Team Series – Sotogrande, the tournament I made my professional debut in last year.

“I have so many amazing memories of that week, from playing alongside many of the golfers I looked up to growing up, to the incredible support me and all the Spanish players felt from the fans who came out in big numbers to watch and be part of a great weekend at La Reserva, where the golf course was spectacular.

“On a personal level, I’ve had almost the year of my dreams since playing the Aramco Team Series – Sotogrande: from heading back to the States to compete, to being invited to play in the Madrid Ladies Open and then winning that tournament, to posting strong finishes in both the Aramco Team Series events in Bangkok and in London – it’s been crazy! I can’t wait to round it off back in Sotogrande in August.”

To secure tickets – which start at just €5 – or to find out more, visit aramcoteamseries.com or follow the event on social media @aramco_series.