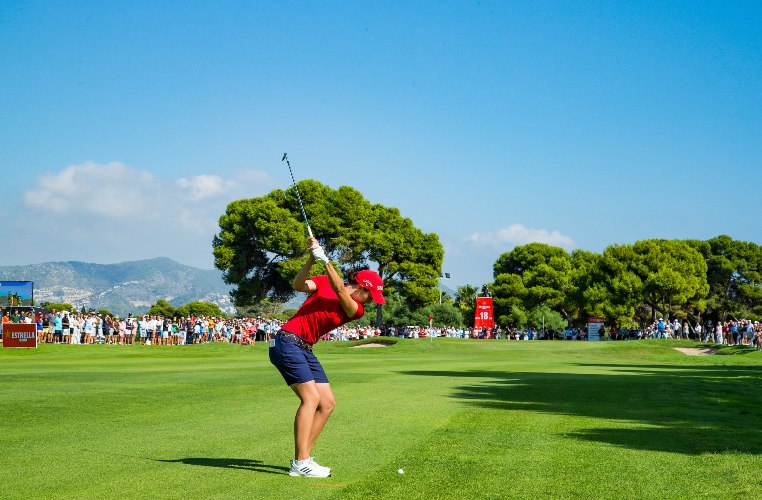 There will be plenty of Spaniards looking to make the most of home comforts at the Estrella Damm Ladies Open presented by Catalunya this week, as the Ladies European Tour returns to Club de Golf Terramar for the fourth hosting of the event.

A score of local golfers will want to follow in the footsteps of Carlota Ciganda, who lifted the trophy in 2019, and will face some of the biggest names in the sport including Emily Kristine Pedersen, who helped Team Europe defend the Solheim Cup earlier this month, as well as dominating the 2020 Race to Costa del Sol.

Spanish eyes will be on Ana Peláez and how she responds to the challenge this week, after dazzling last year at the Andalusia Costa del Sol Open as an amateur, before joining the professional ranks this year at the Aramco Team Series in Sotogrande.

The young star excelled in her college career at the University of South Carolina, which saw her compete in the Augusta Women’s Amateur Tournament and the US Open, as well as the Palmer Cup, and the Malaga-born talent arrives at Terramar with the firm intention of make a name for herself on the professional circuit this week.

Peláez will be joined by a number of other Spanish players in the field, such as Elena Hualde from Navarra, María Herráez from Madrid, Marta Pérez from Valencia and Paz Marfà from Catalonia, who makes her professional debut in Sitges.

That quintet, as well as Guadiareña María Parra, made up the Spanish team that was the European Under-18 team champion back in 2015, and is considered a golden generation in the country, so hopes are high for the local talent – not just for this week, but in the months and years to come.

13-year-old Nagore Martínez Salcedo comes into the tournament after finishing second in the highly prestigious Amundi Evian International Championship, having missed out on the victory by virtue of playoff in France.

The young starlet has been champion of Catalonia for four consecutive years and champion of Spain twice, and is currently topping the National Children’s Rankings, so it will be worth keeping an eye on her throughout the week.

In total there will be 20 Spanish stars to look out for when the action gets underway on Friday, including former LET winner María Hernández, as well as LETAS victors Mireia Prat, Natalia Escuriola and María Beautell.

Marta Muñoz will be looking to impress as she appears in her first LET tournament this week, while Catalunya’s Camilla Hedberg will be boosted by the local support of the the Terramar Golf Club.

The news of the Estrella Damm Ladies Open can be followed on mediterraneanladiesopen.com, and @MeditLadiesOpen social media channels.