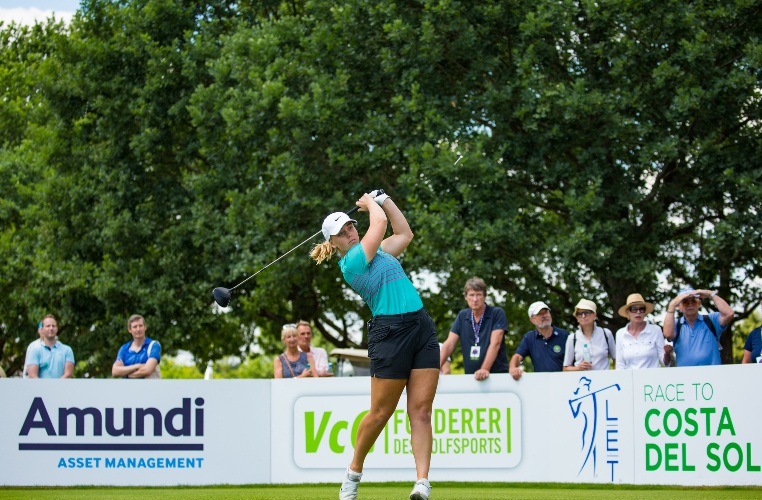 The conclusion of the Amundi German Masters marked the halfway point of the Ladies European Tour (LET) season with 17 events completed and 17 more to play in 2022.

There have been several leaders in the 2022 Race to Costa del Sol, but since the end of April it has been Sweden who has been ruling the roost.

After her fourth LET victory – and second the season – in Berlin last week, Maja Stark has returned to the top of the rankings.

The 22-year-old has 2,252.50 points to her name thanks wins at the Women’s NSW Open and Amundi German Masters, while she also claimed top points at the Trust Golf Asian Mixed Stableford Challenge by finishing in second place as the top female.

Stark has further top-10s this season with second place at the Australian Women’s Classic, tied for third at the Mithra Belgian Ladies Open, T7 at the Jabra Ladies Open and T10 at the Madrid Ladies Open.

It is a close contest though as Stark’s compatriot and friend Linn Grant sits just behind her in the rankings with 2,105.64 points having played eight events and was leading until last week’s result.

While the three-time LET winner four further top-10 finishes to her accolades this season with T7 at the Investec SA Women’s Open, seventh place in Madrid, third place in the Individual event of the Aramco Team Series – London and T4 in Germany.

To make it a trio of Swedes at the top of the rankings, Johanna Gustavsson is in third place with 1,755.33 points from 15 events.

And although Gustavsson is still searching for her first LET win, she is having her best season to date with seven-top 10 finishes including being runner-up at the Aramco Saudi Ladies International, Aramco Team Series – Bangkok (Individual) and Women’s NSW Open.

Belgium’s Manon De Roey, who won the Individual title at the Aramco Team Series – Bangkok, is fourth having accrued 1,334 points.

And Argentina’s Magdalena Simmermacher is fifth with 1,181.50 points having also had a consistent season with five top-10 finishes including second place at the Investec SA Women’s Open, third at the Women’s NSW Open and T3 at the Australian Women’s Classic.

There is plenty of golf left to played and a fantastic battle ahead for the top spot at the end of the season. While with the top 10 in the 2022 Race to Costa del Sol having the opportunity to go to the final stage of LPGA Q-Series, it’s all to play for.