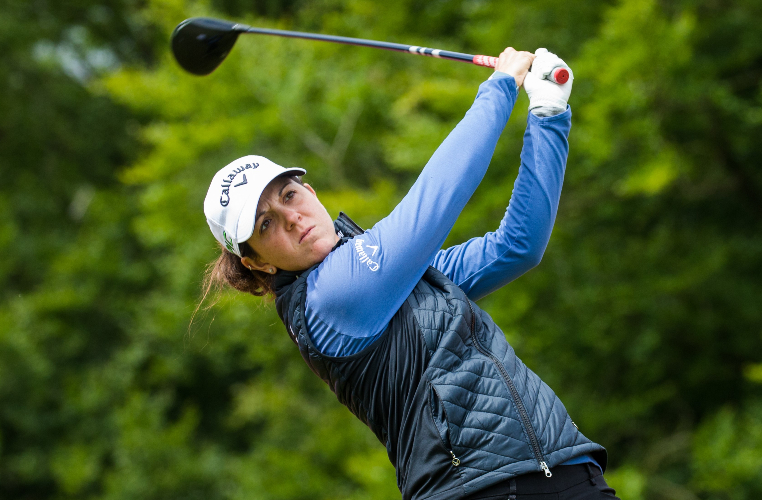 American Emma Talley fired a round of 65 and holds a three-shot advantage heading into the weekend at the ISPS HANDA World Invitational Presented By Modest! Golf.

Talley rolled in nine birdies on day two including four consecutively on holes four through to seven and only made two bogeys on her way to the top of the leaderboard.

“I kind of got mad on the first hole, which was my tenth, because I had two three-putts today and my second one came there. I looked at my caddie after the round and said maybe I should get mad more often because after that I just started playing really well,” she explained.

Three strokes behind Talley are American Jennifer Kupcho and South Korean Chella Choi, who both had a share of the overnight lead.

After carding first rounds of 66 at Galgorm, the duo produced second rounds of 69 – with four birdies and one bogey each – to be tied for second on 10-under-par at the halfway stage.

Kupcho said: “It was good. I played really well. I hit the ball really well and made a lot of putts. I came out here to win, so I’m just going to keep doing my best. There’s still two full rounds and lots of golf, so I have just got to keep my head in it.”

Choi said: “I tried to focus on hitting the fairway and hitting the green, and I played so good today. This is a very good position right now and I know what Galgorm is like.”

England’s Charley Hull and Scotland’s Gemma Dryburgh are one shot further back on nine-under-par after carding rounds of 68 and 70, respectively.

Hull dropped one shot on her front nine but had a phenomenal back nine making five birdies including three consecutively on six, seven and eight.

While Dryburgh, who held a share of the lead after day one, had six birdies and four bogeys on her card to be four shots adrift of the leader.

“It was a different challenge today. I hit it well again, I had a few more bogeys – I went bogey-free yesterday – but I had a few birdies as well, so it was still a good round,” said Dryburgh.

“It would mean so much to won on the LET or the LPGA. Obviously, we have got a two-for-one this week, so that would be good. It would mean everything to me. It would be amazing, but I’m not putting pressure on myself.”

One of the highlights of the day was Scotland’s Michele Thomson recording a hole-in-one at the par-3 14th hole at Massereene.

The cut fell at level par with 64 players making it through to the third round.

In the men’s competition, New Zealand’s Daniel Hillier takes a one-stroke lead into the weekend after shooting 62 (-8) in the second round to be 11-under-par for the tournament.