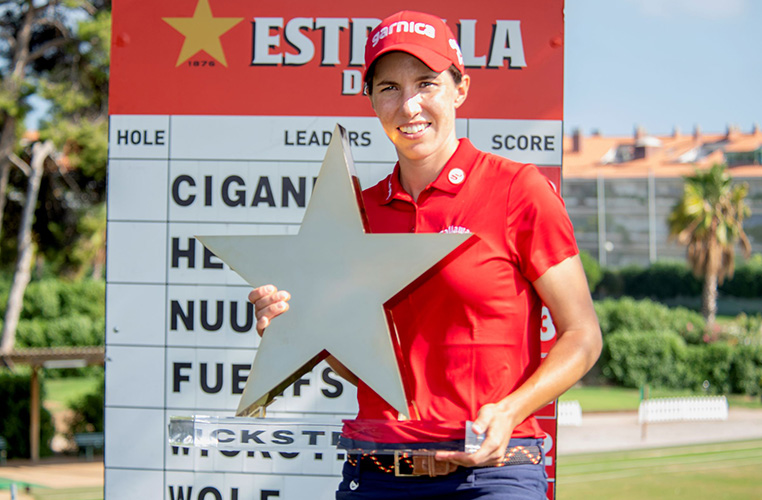 The Estrella Damm Ladies Open will be played for the fourth time at Club de Golf Terramar from October 1-3, bringing together the LET’s top golfers at a spectacular venue which acts as a natural balcony overlooking the Mediterranean Sea. Estrella Damm is reinforcing its commitment to women’s professional golf and sport by once again backing a tournament that has enjoyed its support since 2017.

After the tournament went virtual in 2020, to bridge the gap caused by the covid-19 health emergency, live golf returns to Terramar’s renovated course in Sitges. The venue will crown a great champion, based on evidence from the past three editions. Looking at the list of former winners, all of them are European Solheim Cup team members with several international titles.

In 2017, England’s Florentyna Parker beat Sweden’s Anna Nordqvist and Spain’s Carlota Ciganda in a thrilling play-off to win the title. In 2018, Dutchwoman Anne Van Dam earned the first of her three triumphs on the Iberian Peninsula in Sitges and in 2019, it was Carlota Ciganda who took the victory after a spectacular duel with Germany’s Esther Henseleit.

With this historic background, and with the powerful line-up of players that will undoubtedly come to Club de Golf Terramar this year, both the spectators who decide to come to enjoy the action live and those who watch the event thanks to the television broadcast served to more than 100 countries by the Ladies European Tour will be delighted with a unique show. The arrival of the final stretch of the Race to Costa del Sol and the proximity of its outcome will be added attractions for both players and fans who have been watching the evolution of this competition all year.

The Estrella Damm Ladies Open, a Ladies European Tour event that will be played at the Club de Golf Terramar from October 1-3, has Estrella Damm as its title sponsor and is declared an Event of Special Relevance by the Sitges City Council, institutional sponsor of the tournament alongside the Royal Spanish Golf Federation. The tournament is also supported by Grupo Romeu and FIATC Seguros, and ISDIN (Official Skin Care), Audi Volkswagen Vilamobil (Mobility Partner) and Kyocera (Document Solutions) are official suppliers.