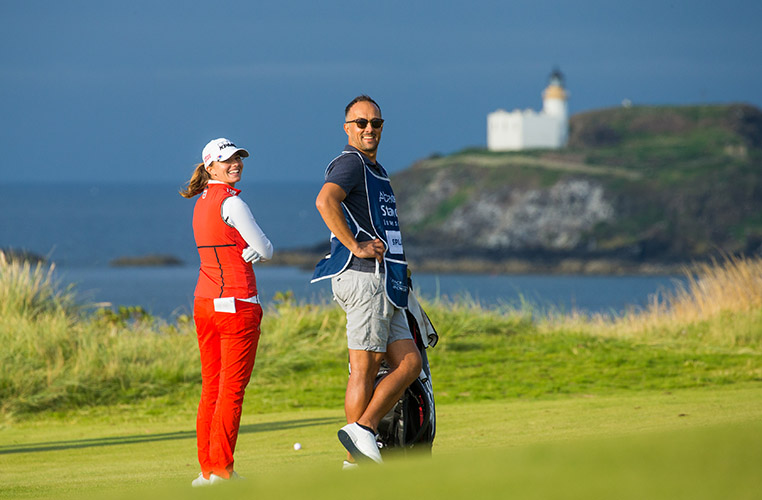 Klara Spilkova returns home this week for the second showing of the Tipsport Czech Ladies Open, taking place from 28th to 30th August at Beroun Golf Club, just outside of Prague.

New this year, the event which follows a busy two weeks in Scotland, is now a fully fledged LET tournament with an increased prize fund of EUR 200,000.

Returning for the first time in four years, the Czech star said, “I’m very excited like always, this time it really worked well. I wasn’t sure if I would play but I am going home and it is going to be my fifth week in a row, I might be a little tired but it’ll be nice to play and get some experience playing in  my home country and in front of my fans.”

Spilkova, who hails from Prague and started the game as a four-year-old to join her older brother on the course, burst on to the scene in 2011 with a seventh-place finish at the Lalla Meryem Cup, immediately after turning professional.

She went on to secure her playing privileges for the season and competed consistently on the LET for the next five years, notching as many as 14 top-ten finishes, before making her breakthrough with a maiden victory at the 2017 Lalla Meryem Cup.

Teeing it up at Beroun Golf Club as one of 14 Czech Invitees including four amateurs, the 25-year-old is keen to give back to the country she calls home.

“I hope I can inspire future generations, I have a big name in my country which is really nice and I have received so many kind  messages about playing and people seem to be excited which is amazing.”

She continued, “I don’t spend much time over in the Czech Republic so I don’t know the really young ones but I know a few and we meet in the gym because we all have the same trainer, you can see that they are excited to see me and they are all a little nervous so I am trying to help them.”

Also new this week, Spilkova has a new coach in tow called Greg and he is relieving caddie duties from her boyfriend, who has been by her side the last fortnight.

“Greg was a lockdown acquisition. He is from the US but lives in Prague. We met on the course and he usually teaches kids but I thought he was really clever and we started working together. I’m really excited about the coming months.”

Tee times for round one will be out this afternoon, you can find the pairings – HERE