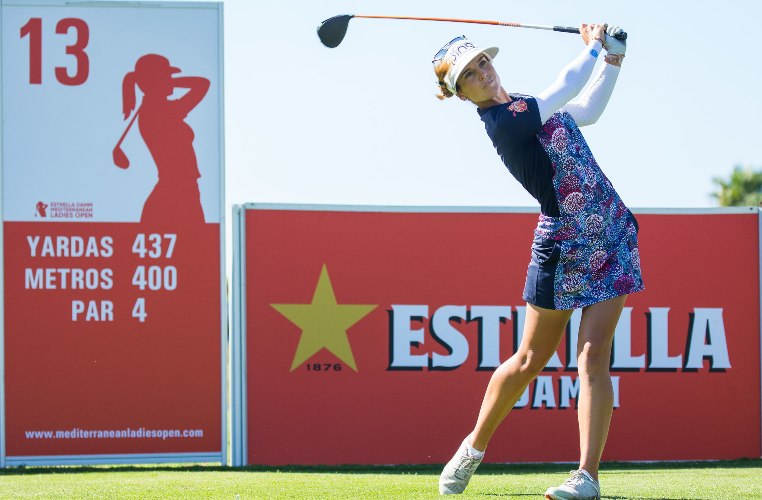 All eyes are on Club de Golf Terramar this week as the Ladies European Tour heads to the scenic setting of Sitges for the Estrella Damm Ladies Open.

It is a welcome return to Spain after a virtual tournament was staged in 2020, and there will be plenty to look out for in the coming days, with thrills and spills aplenty expected on the Spanish East coast.

There were already few better courses on the European circuit than Club de Golf Terramar, and after a recent renovation the course will pose a new challenge to the players this week.

The original course was designed in 1927 – making it one of the oldest courses in the country – but the recent work done by Mackenzie & Ebert Golf Course Architects sees an impressive par-72 course basking in the Spanish sunlight on the shore of the Mediterranean Sea.

With the latest changes to the course, there is a new par-three on the 11th hole, a par-four 12th, and a par-five 13th, while the construction of a new par-four 10th hole is the jewel in the crown of the recent renovations.

The new-look tenth, which was previously a par-three, now has the added obstacle of a lake in between the second shot and the green, giving a new personality to the entire inland area and asks another question of the players on their way round the 18 holes.

The course is a popular choice for golfing holidays throughout the year, with over 300 days of sunshine in the area, and has also played host to the Spanish National Championships in the past.

There will be plenty of Spaniards looking to impress in their home country this week, with no fewer than 20 taking to the course when the action gets underway on Friday.

Noemi Jimenez Martin, Patricia Sanz Barrio and Carmen Alonso are among the Spanish stars who have performed admirably on home soil in previous iterations of the tournament, and will be looking to emulate compatriot Carlota Ciganda by taking victory this week after her victory here in 2019.

Maria Hernandez will be looking to build on a season’s-best finish of T12 at the Lacoste Ladies Open de France last time out, with the 2010 Allianz Slovak Ladies Open champion looking for a strong finish to the year.

Elsewhere, Laura Gomez Ruiz, Harang Lee and Marta Martin will all be looking to make the most of home advantage this week, as will Elia Folch, who was born in nearby Barcelona.

Time to shine in Race to Costa del Sol

With Race to Costa del Sol leader Atthaya Thitikul not competing this week, there is a chance for the chasing pack to close the gap at the top with a strong performance in Spain.

The Thai star leads the way by 1288.47 points ahead of the action at Club de Golf Terramar, with Steph Kyriacou and Sanna Nuutinen occupying second and third spots respectively.

A victory for either would see them pick up 500.00 valuable points and see them put the pressure on the 18-year-old as we get to the business end of the season, with just five events remaining after the week in Sitges.

Lower down the rankings, Maggie Simmermacher has the chance to break into the top ten this week, with the Argentine continuing to impress in the latter part of 2021.

The 25-year-old finished runner-up to Pauline Roussin Bouchard at the Didriksons Skafto Open, before an 11th-placed finish at the VP Bank Swiss Ladies Open, and a third place at the Lacoste Ladies Open de France a matter of days ago.

The Tokyo 2020 Olympian sits in eleventh spot on 803.30 points at the moment, and needs just 9.96 points from this week’s event to overtake England’s Georgia Hall and get herself into the top ten.