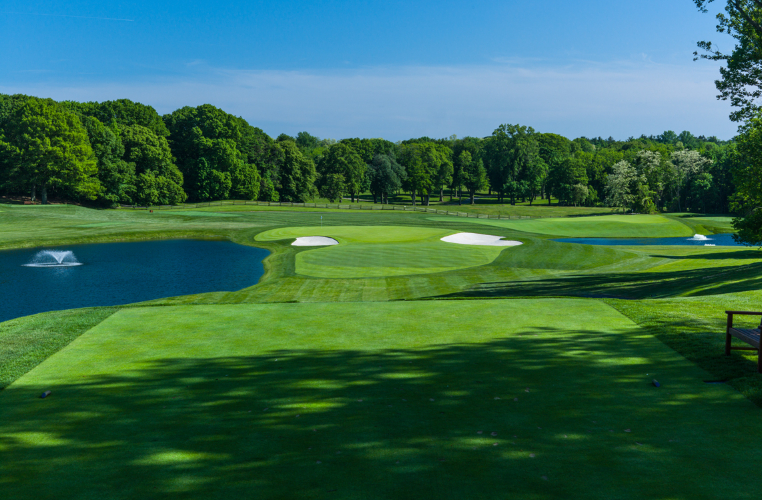 After a week off, the Ladies European Tour returns with a trip across the Atlantic as the Aramco Team Series heads to New York.

With previous events in London and Sotogrande having gone down to the wire, the third event of this format will see the team and individual competitions played side by side once again.

Glen Oaks Club plays host to the event and with a stellar field assembled, here are three things to look out for this week.

Winners in the field

For the Aramco Team Series – New York, the two individual winners from the tournaments in London and Sotogrande will tee it up this week.

Marianne Skarpnord, who secured her fifth LET win at Centurion Club, is back for another taste and tilt at a title.

The Norwegian beat Thailand’s Atthaya Thitikul in a playoff in London, after the duo were locked together following the conclusion of the 54-hole competition.

While American Alison Lee is back in the format again, this time on home soil following her first win as a professional at the event in Sotogrande.

A host of Solheim Cup players are ready to take on the Aramco Team Series – New York including many names from this year’s edition.

While Bronte Law, Caroline Masson and Anne Van Dam who were part of the European winning team in 2019 are also in attendance.

With a tournament on American soil, plenty of home players have turned out in force to play at Glen Oaks Club.

World number one and Olympic champion Nelly Korda is one of many US stars in the field alongside her sister and three-time Solheim Cup player Jessica.

Lexi Thompson, Lizette Salas, Angel Yin, Alison Lee and Lindsey Weaver have all already taken part in the Aramco Team Series this year and are back for more.

And three more American players, Danielle Kang, Cheyenne Woods and Natalie Gulbis will be getting a taste of the Series for the first time.