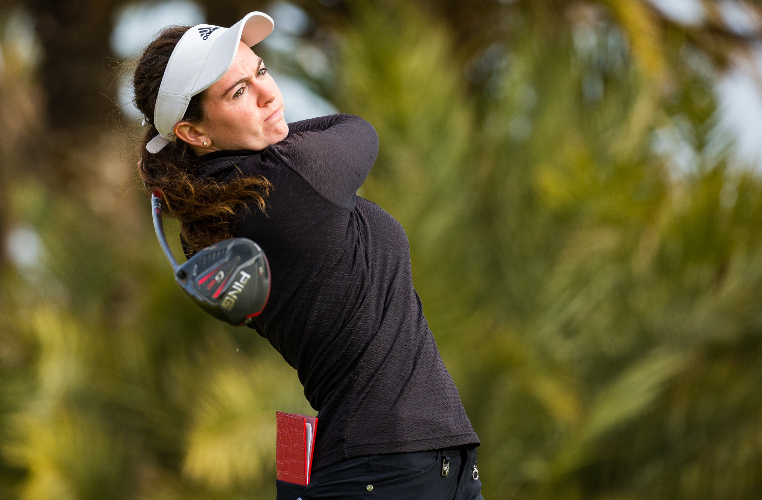 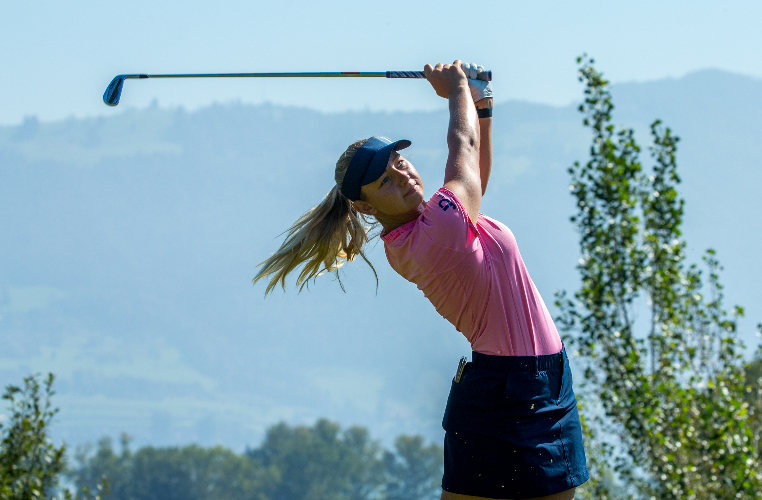 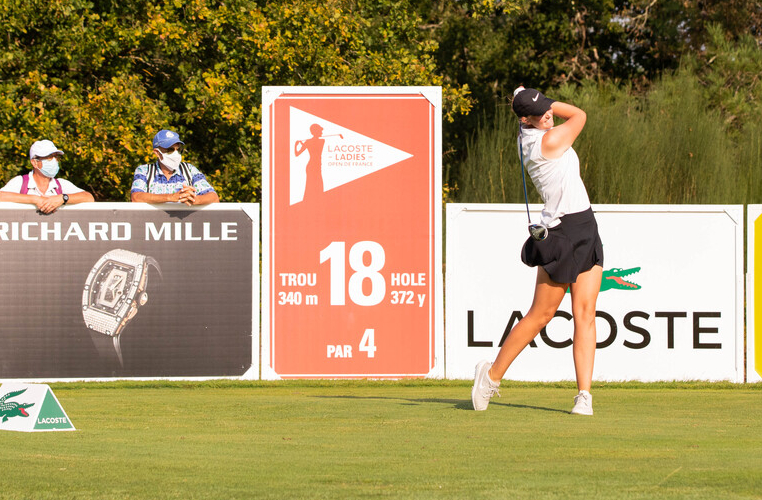 England’s Charlotte Thompson and Gabriella Cowley fired opening rounds of 68 (-3) to match the work of French amateur Lucie Malchirand, to sit atop the leaderboard at the 2020 Lacoste Ladies Open De France.

On a day of tough scoring conditions with only 17 players breaking par, the blistering heat proved problematic to many but it was Thompson who rose to the clubhouse lead after a shaky start saw her three-over-par through four holes.

Playing at one of her self-proclaimed ‘favourite courses’ on the LET schedule, Thompson was made to work for her score at the testing Chateaux Course, coming home in 31 shots and credited a change in game plan for the result.

“I changed my mindset on the fifth tee and changed my gameplan, I decided to see how many birdie putts I could set up to take my mind off the score and figured that I’m rolling it well, and the birdies would drop. I love this place, it is made for me and the key is definitely staying patient.”

Buoyed by the success of her friend Amy Boulden, who stormed to victory last week in Switzerland, Thompson is seeking her first LET victory, having posted five top-10 finishes to date.

She continued, “I’m so proud of her for everything she’s done, everyone knew she was a talent and how well she could play but being there and seeing it shows that if we all work hard, eventually it will pay off, we just have to stick to it.”

On the subject of hard work, English compatriot Gabriella Cowley’s round of 68 was made more remarkable by the fact she contemplated dropping out this morning due to sickness.

“I spoke to my Dad before teeing off, I wasn’t 100% sure I would play but I’m not the sort of person to not at least try, so when I bogeyed the first I thought, here we go.”

Undeterred, the English star who is also chasing a maiden victory, bounced back at the 2nd with a birdie before adding further gains at Nos. 4 and 10 en-route to her three-under-par round.

She added, “Charlotte is always going on about this course, leading up to the event she kept saying how much she loves it and I’m not surprised to see her up there. The course is in perfect condition and I think the ball was going a club further due to the weather It’ll be interesting the next couple of days.”

Perhaps the surprise package of the week so far is French amateur Lucie Malchirand, who is making her LET debut at Golf Du Medoc. As one of 17 local hopefuls in the 78-player field, Malchirand came back from a double-bogey at the first to make five birdies a solitary bogey on the back-nine.

The 36-hole cut will fall at the end of round two, with 36 players proceeding to the final round.