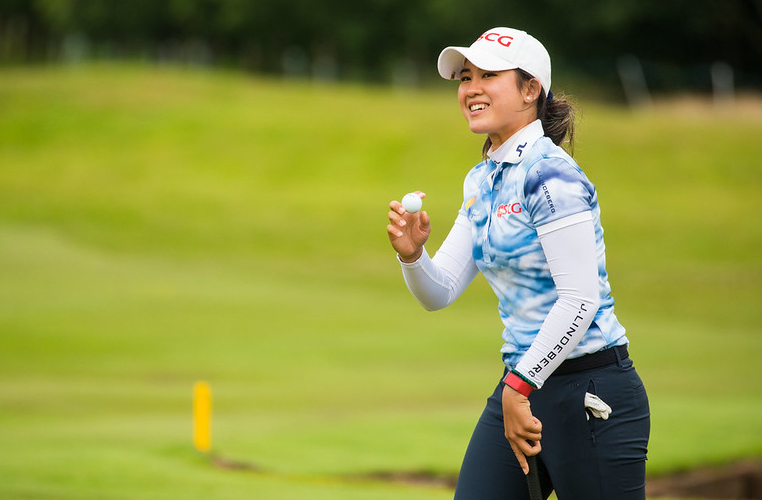 Three players are tied for the lead on 13-under-par after the third round of the ISPS HANDA World Invitational Presented By Modest! Golf.

Thailand’s Pajaree Anannarukarn plus Americans Jennifer Kupcho and Emma Talley all sit at the top of the leaderboard one stroke clear of fourth place.

Anannarukarn produced the round of the day when she carded a 66 (-7) which included seven birdies in nine holes to put herself at the top.

The Thai star made an eagle on the third hole but dropped shots at six and eight, before going on a phenomenal run and rolling in five consecutive birdies from nine through to 13 with two further birdies on 15 and 17.

“I think my putter was working very well today. I made a lot of good birdie putts out there and have been hitting it really good. It would be a dream come true to win. It is still going to be 18 holes to go, and I think I’m just going to focus on doing what I can do tomorrow,” said the 22-year-old.

Overnight leader Talley carded a level par round of 73 to keep herself in a share of the lead at the end of the third round.

“It was weird. I didn’t like playing, now I know what to expect so I feel a lot better about doing it tomorrow. I was also very nervous. I haven’t been in this position in a long time, and the fact that I came back after the double bogey on nine, I got mad again and used that energy to make a few birdies in a row,” she said.

“I think overall I’m really proud of myself. Obviously, I didn’t play the way I wanted to, but I’m still leading the thing.”

The third player tied at the top is Kupcho, after she shot a round of 70 (-3) which included back-to-back birdies on 17 and 18.

Kupcho said: “I feel good. My putting stroke was a little off today, so I have just got to get that figured out and we will see what happens tomorrow. Tomorrow I think I’m just going to stay in it and focus on my own game, come with the score that I want to shoot instead of playing against someone else. I can’t control what everyone else is doing, so I have just got to go out and play my own game.”

In fourth place is South Korea’s Chella Choi, who recorded a two-under-par round of 71 to be one stroke behind the leaders.

She said: “I make pretty good shots, but I didn’t make that many birdies. But when I missed a shot I was really good up-and-down today, so I really played good today.”

2021 Race to Costa del Sol leader Atthaya Thitikul is two strokes further back on 10-under-par after carding a round of 70.

The 18-year-old made three bogeys, two birdies and two eagles in the third round to keep her in contention heading into the final day.

“It was fun playing Pajaree today, who is like a sister. These past two weeks with the LPGA have been pretty good learning experience for me because this is my first full year as a professional with a full schedule. I’m not expecting anything tomorrow, I just want to shoot under par. If it is under par that is good enough for me and I will go out and enjoy,” the three-time LET winner explained.

Australia’s Su Oh and Thailand’s Wichanee Meechai are tied for sixth on nine-under-par, with five players tied for ninth one shot further back. The cut fell at -4 with 40 players making it through to the final day.

In the men’s competition, England’s Jordan Smith carded a round of 65 to lead by one shot with a total of 15-under-par.