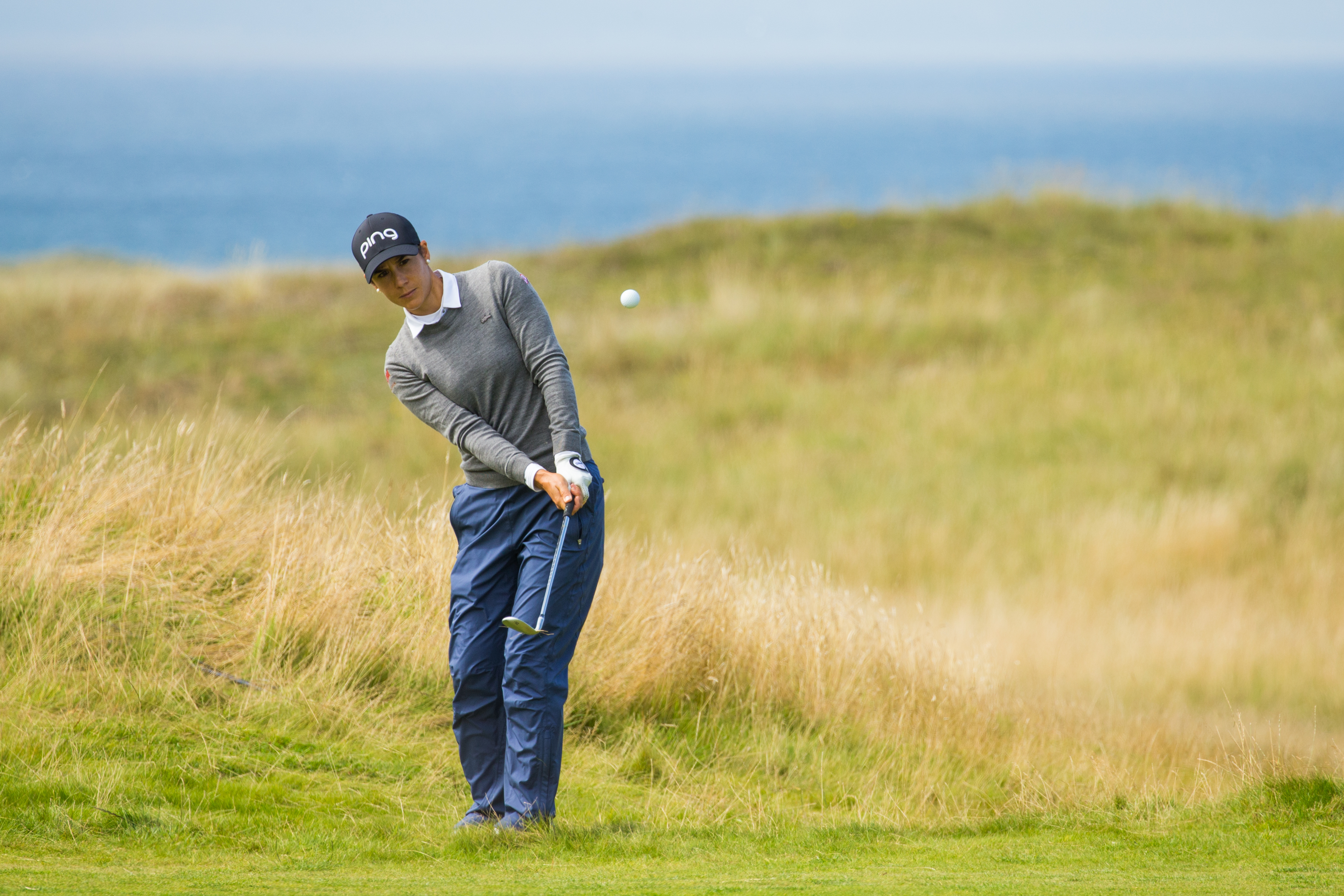 At the halfway stage of the Aberdeen Standard Investments Ladies Scottish Open, Spain’s Azahara Munoz and American major winner Stacy Lewis lead by one stroke from America’s Jennifer Song and an international chasing pack at five-under-par.

On a benign day by links standards, Renaissance Golf Club appeared to offer up more favorable weather conditions for the field, but these were combatted by a few more difficult pins as well the well documented thick rough, which ensured that only 15 players broke par. As it stands, only 12 players are under par for the tournament.

Azahara Munoz, who has been in and around the top of the leaderboard since holing her second shot for eagle in the first group on day one, made it to six-under-par briefly by making gains on Nos 2, 5 and 16, only to make a solitary bogey at the tricky 18th hole to sign for a second round of 69 (-2).

Speaking about her day, she said, “I’ve been playing good golf and I’ve enjoyed being out there, not getting too upset if a ball just goes a bit too far or a bit too short. It is so tricky to hit it close on these greens. That’s why it’s so important to have really good day putting because you’re going to have so many three, four-footers because you’re going to have so many long putts because it’s just really hard to get it close.”

She is joined at the top by Solheim Cup stalwart Stacy Lewis, who shot the ‘low round of the day’ with a five-under-par 66, which included four consecutive birdies to finish.

Lewis has history in Scotland, capturing the 2013 Women’s British Open, and confessed after her round today, “I truly love playing in Scotland. I love links golf. All the different shots you get to hit, the different weather. You have to battle the elements which we did yesterday.”

The pair will feature in the last group tomorrow alongside Jennifer Song at 10.41am.

Germany’s Olivia Cowan is part of the pack at three-under par alongside Amy Olson as she continued to show why she is one of the brightest prospects on the Ladies European Tour by backing up her solid opening round of 68 (-3) with a level-par effort of 71 this morning.

Overnight leader Nicole Broch Larsen had a more difficult day on course but salvaged a round of 73 (+2) to remain in the hunt in T6.

Three of the seven Scottish players competing this week made the cut with Gemma Dryburgh highest placed heading into the weekend in T35 on 2-over-par. Kylie Henry and Michele Thomson sit in T53 and T62 respectively.

70 players made the halfway cut at five-over-par, with the first group of Lee-Anne Pace and IK Kim off at 6.30am in a two ball while the rest of the field will play in threes.