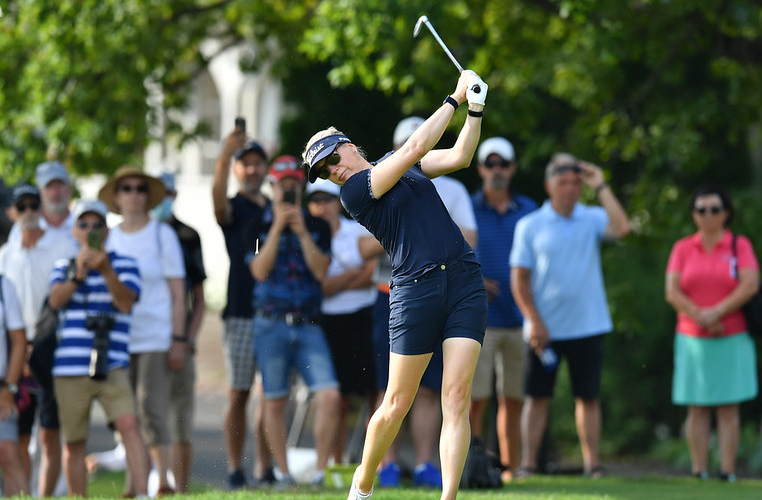 Finland’s Ursula Wikstrom fired a round of 66 to lead the Gant Ladies Open by two strokes on the first day at Aura Golf.

Wikstrom, who is currently 12th in the 2021 Race to Costa del Sol, carded a round of five-under-par which included seven birdies and two bogeys to lead.

The Finn was out in the first group of the day, starting on the 10th tee and was pleased to have spectators back – particularly in her homeland.

“I like playing in the first group as we do not have to wait, so I enjoyed it today,” she said. “I played well on the par-fives and made some birdies there – everything worked out today. I did not make any mistakes. It has been a long time since we had that many spectators around, so it feels really nice, especially at home in Finland.”

Argentina’s Magdalena Simmermacher and India’s Tvesa Malik both sit two strokes behind the leader on three-under-par.

Simmermacher carded five birdies and two bogeys in her round and found similarities with golf courses back in Argentina.

She said: “I really like the shape of the course; it reminds me of home a lot which I did not expect to find in Finland because we are so far away. I had a lot of fun out there today and created a lot of birdie chances and I made a few of them. I definitely feel like my current form is good, I am hitting my driver quite straight, so I have the ball in play more often and my irons and putting are also good.”

Malik also shot a round of 68 (-3) to be tied for second place and the 25-year-old is enjoying her first trip to Finland.

“The greens are rolling really pure, so I was excited to play such great greens. It is my first time here in Finland and I am enjoying it,” she said. “The weather is very similar to back home, so I’m feeling quite at home with that. I had four birdies today, I made some good putts coming in in the last few holes. The greens are rolling quite good, and it was important to make a few of them.”

Finland’s Leena Makkonen sits in solo eighth place on one-under-par, while there are nine players level par for the tournament including five Finns.