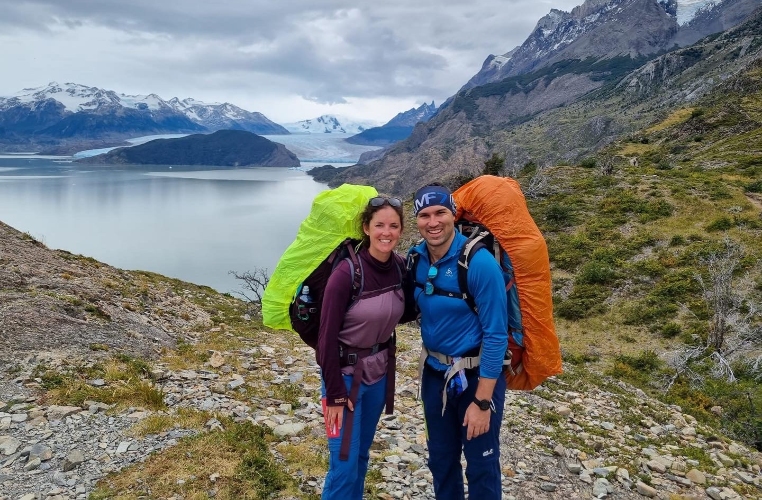 The life of a professional golfer is one that usually consists of nonstop travel, but for Christine Wolf 2022 has been filled with another sort of adventure.

After featuring in this season’s curtain-raiser at the Magical Kenya Ladies Open, the Austrian star decided to ditch the golfbag for the backpack, as she embarked on the journey of a lifetime through South America.

From Patagonia to Guatemala, Wolf saw everything the beautiful and fascinating continent had to offer, and made memories to last forever along the way, while also squeezing in the odd round of 18 here and there.

Travelling the world has been a lifetime aspiration for the 33-year-old, and when the opportunity arose it was something that she grasped with both hands.

“It’s something I’ve always wanted to do and I felt like it’s a good time to step away for a little bit, and come back more motivated than ever. Our world has so much to offer and I am so grateful I got to do this trip and put some things in perspective as well,” she said.

“It felt like it was the right time to do it now. I always knew I wanted to play again when coming back, so we thought we’d start as early as possible, so I could play the second half of the season. I’m very grateful I got to have this experience and to know I had the full support of my sponsors and team as well definitely made it easier.

“We flew into Buenos Aires and stayed there for a few days, before heading to Chile. There we went all the way south to Patagonia, where we did some hiking and biking, and I actually also got to play a round of golf there.

“From there we made our way north through Ecuador, Peru and Bolivia – where I played a championship course with the highest altitude – then on to Colombia, Panama, Costa Rica, Nicaragua, El Salvador, Honduras, and all the way to Guatemala.”

“It’s really hard to say what the best part was, because it was so diverse, and every country we have visited was beautiful. But one of my favourite things was the Galápagos Islands. You felt like you were in a Zoo all day long, but also the hikes around Patagonia and Machu Picchu were breathtaking.”

After four months on the road, Wolf returned from the Andes back to Austria, and prepared for another three months back on the road, this time with her golfbag over her shoulder.

Dundonald Links is her first destination back on tour, as she prepares to tee it up at the Trust Golf Women’s Scottish Open, and she is relishing the opportunity to get back on course and into the competitive environment.

“I’ve seen my coach a few times and been playing on the courses quite a bit since I’ve been back. I’ve had some long practice days, but still felt so energised, which is what I feel like I’ve been missing a bit the last few years,” Wolf continued.

“I definitely feel like it’s going to be great to be out there again, I love competing and that hasn’t changed over the last four months, so I am really looking forward to teeing it up on Thursday on one of the courses where I have quite a few awesome memories – I made my first cut at a Scottish Open at Dundonald.”

Out on the open road, you find out as much about the world as you do about yourself, and the Austrian ace is keen to carry some newfound knowledge into her golf game.

She said: “I think I came back a lot more flexible and not as set on things, because in the end you can only influence so much. There’s always a chance that things don’t go as planned.

“The LET is like my second family and I’ve stayed in touch with a lot of the girls, so I am really looking forward to seeing all of them again this week and to catch up.

“All I know is that I am already super excited to get going on Thursday, get back into a tournament routine again and to enjoy my time out there.”