British golfer Hewson focusing on the positives amid uncertainty 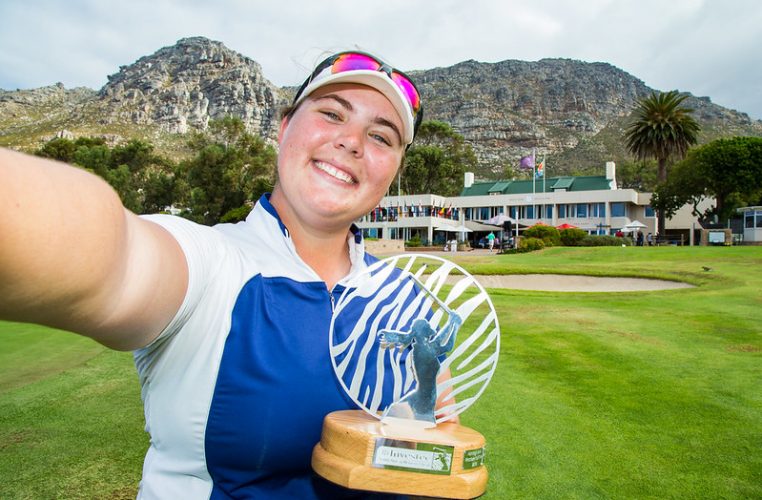 From overwhelming emotion to uncertainty — it’s been a whirlwind of a week for British golfer Alice Hewson.

The 22-year-old earned her maiden Ladies European Tour victory at the South African Open on March 14, making her one of the last athletes to celebrate success before sport was put on hold due to the coronavirus.

Hewson should have followed up her maiden win by playing a $1m LET tournament in Saudi Arabia last week, but instead she returned back to her family home in Berkhamsted in Hertfordshire, not knowing when her next chance to follow up her victory will be.

“There was a time where we didn’t even know if South Africa would go ahead,” Hewson explained.
“Obviously, we’re very happy it did because we now don’t know how long it’ll possibly be until we play again.

“I think you have to use it as a positive. We have no idea what this season is going to hold and when we’re going to be able to play.

“It’s all about getting ready to make sure that I am ready to go as soon as we’re given the green light.”
Momentum can be a key part of sport but Hewson is taking the enforced break in her stride, knowing how fortunate she was to play in South Africa, let alone claim victory.

It’s been a quick progression for the Clemson University graduate, who rounded off her amateur career on a high when she won the European Ladies’ Amateur Championship in 2019.

The South African Open was the first tour event the 22-year-old has competed in and the rookie said she almost had to pinch herself when she sunk the final putt.

“I had no idea that I had won,” she said. “It was a complete whirlwind. I knew the group behind me were playing well, I didn’t realise that any of them had bogeyed the 17th hole, so I thought my putt was to stay ahead and they would have to birdie it to tie with me.

“I had no idea that they couldn’t catch me. I got done filling in my scorecard and got rushed away to interviews.

“It was an incredible feeling.”

Her sporting future may be uncertain but since starting golf at the age of six, one thing Hewson knows for sure is that she will use the time wisely to become the best that she can be.

“I loved that you couldn’t be perfect at golf,” Hewson added. “No matter how good you got, there was always something that you could do better and that’s kept me attached to it ever since.”