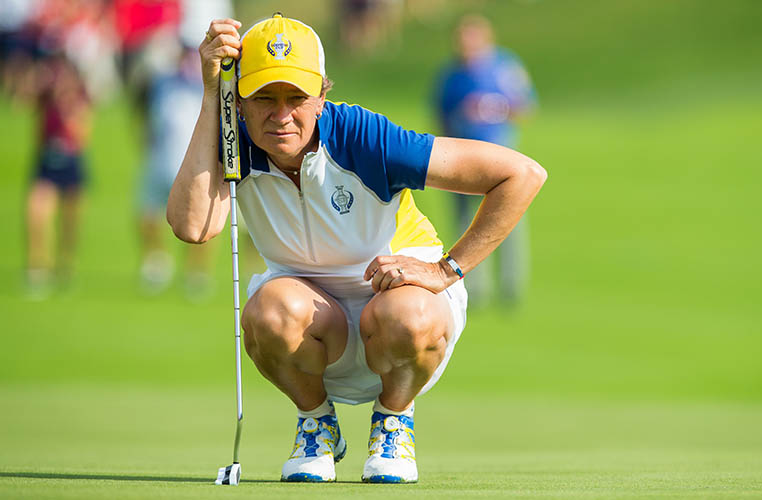 Team Europe Captain Catriona Matthew will name her four picks for The 2019 Solheim Cup on Monday 12th August at The Gleneagles Hotel in Scotland, the day after the completion of the final qualification event, the Aberdeen Standard Investments Ladies Scottish Open at The Renaissance Club.

Fans can watch Matthew’s announcement at The Gleneagles Hotel in Perthshire live on Sky Sports from 2pm BST. All 12 members of the team will be at Gleneagles for a morning of practice followed by the press conference and media interviews.

The 2019 Solheim Cup is just over two months away, with anticipation building ahead of the famous event on the PGA Centenary Course at Gleneagles.

The event is being played in Scotland for the third time with Europe looking to snatch the trophy away from the Americans after tasting defeat at Des Moines in Iowa in 2017.

The eight automatic qualifiers will include the first three from the Ladies European Tour points list, followed by the next five from the Rolex Women’s World Golf Rankings following the Aberdeen Standard Investments Ladies Scottish Open, which concludes on the afternoon of Sunday 11th August.

Matthew said: “The build up to The Solheim Cup team announcement is going to be a really exciting time, with two European majors, The Evian Championship and AIG Women’s British Open, leading up to a gripping climax at the Aberdeen Standard Investments Ladies Scottish Open, where I’m sure we’ll see some incredible performances from the many prospective members of Team Europe.

“It’s an important time, not only for women’s golf, but for women’s sport in general with a terrific tailwind right now across the world. We are doing everything we can to capitalise on that and are calling on everyone, fans and media alike, to come out and support Team Europe.”

The Solheim Cup will be screened to more than 600 million homes worldwide with the match-play format aiming to engage both the traditional golf audience as well as wider sports fans, raising the profile of women’s golf both in Scotland and internationally.

The Scottish Government’s aspiration is that The 2019 Solheim Cup is the biggest ever European edition of the event and the most family-focused golf event in history with around 100,000 spectators expected at Gleneagles. Tickets are priced from just £25 for adults with children under 16 admitted free of charge. For more information visit www.solheimcup2019.com